BlackBerry Messenger for the iPhone was submitted to the App Store two weeks ago, which means the launch could be coming at any time pending approval from Apple. The news was announced this afternoon by BlackBerry Social Media Manager Alex Kinsella.

BBM, which functions similarly to Apple's iMessage, was one of the first proprietary mobile messaging services and remains popular to this day with more than 60 million active monthly users. 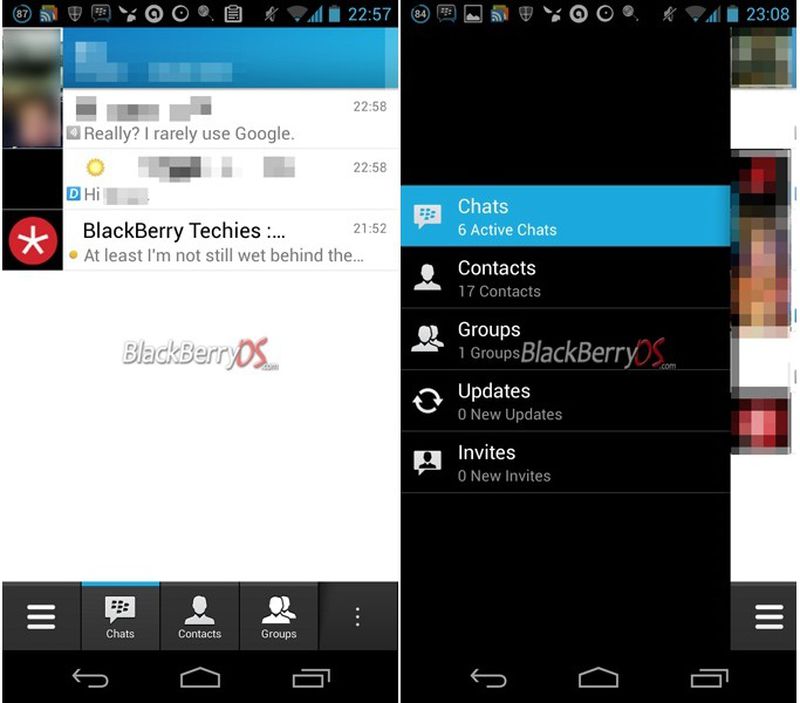 BlackBerry first announced the iOS version of BBM in May, and sent out beta invites to the service in early August.

Two weeks ago, BlackBerry posted a user guide for the app, detailing the how the service works, its available features, and how to create an account. The app was expected to be launched shortly after the guide was posted, but it appears that it is still under review.

It is not clear why BlackBerry Messenger is still stuck in the review process after two weeks, as Apple typically finishes app reviews within five business days.

BlackBerry will have a lot of competition in the messaging space on iOS. In addition to iMessage, there are a number of other third-party messaging services that have soared in popularity over the last couple of months, including LINE, Whatsapp and WeChat.

Pakaku
The levels of pretentiousness in this thread are farking ridiculous...
Rating: 9 Votes

Sabenth
Why all the negativity it's another app means of communication is it not I message great when it works but not everyone has an iOS device or mac
Rating: 9 Votes

The levels of pretentiousness in this thread are farking ridiculous...


Seriously. I really wish people would give BB10 a fair shot; it's got some amazing potential to compete with the big players.
Rating: 8 Votes

This app will explode among teenagers.


Maybe in a new back to the future movie where they go back to 2004.
Rating: 8 Votes

Seriously. I really wish people would give BB10 a fair shot; it's got some amazing potential to compete with the big players.


Agreed. The Z10 is also the first and only smartphone to receive certification from DISA, meeting all next-gen security criteria, which means that civil service proliferation is very likely.
Rating: 7 Votes

Great! Now I can send messages to nobody...

iSayuSay
Holy ****. So many negativity.

If there's one thing, BBm on iOS only makes the iPhone better and more versatile.
Now I dont have to convince some of my colleagues to use Whatsapp or something on their Bb handset

And it's a free app too. Some of us ACTUALLY need it. So how about not download it if you dont like it. No need for skepticism
Rating: 4 Votes

The levels of pretentiousness in this thread are farking ridiculous...

no one cares, bb is dead and has been for years!

read about blackberry in my history class
Rating: 4 Votes

kas23
Don't you have to, you know, know someone with a BlackBerry to use this?

Maybe in a new back to the future movie where they go back to 2004.


You mean use these as props for movies based in the early 2000s? Good use for these btw.
Rating: 3 Votes
[ Read All Comments ]