An Apple retail store is set to open within Tokyo’s famed Omotesandō district in March 2014, reports Bloomberg. The store will be Apple's first new one to open in the city in nine years and the first anywhere in Japan since the Sapporo store opened in June 2006. The new store will reportedly span three floors, with the first floor above ground and two additional underground floors, for a total area of 1868 square meters (over 20,000 square feet). Job listings for the store have also begun appearing on Apple’s Japanese retail web site. 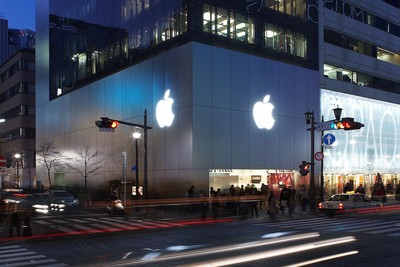 The land costs about 16 billion yen ($164 million) and a completed store with Apple as tenant would value the property at around 25 billion yen, said Seth Sulkin, a representative director at Tokyo-based real estate and asset manager Pacifica Capital KK. Sulkin was Apple’s real estate adviser for all seven of the company’s previous stores in Japan.

“Apple wants the best real estate they can get,” said Sulkin. “They are particular about size and shape. If they have to wait to get the real estate, they would.”

The store plans come as Apple attempts to make a bigger push in the Japanese market, with Japan’s biggest carrier, NTT DoCoMo, stating that it has “compelling reasons” to reach a long-elusive iPhone deal with Apple in Japan. The iPhone 5S and lower-cost iPhone 5C are expected to launch in Japan in September 20 along with the first wave of launches in select countries, and both next-generation iPhones will reportedly be unveiled on September 10.

Is it going to be nuclear powered? It's quite trendy nowadays in Japan...


Posts like these are the prime example why the vote down button should be brought back :(
Score: 8 Votes (Like | Disagree)

Is it going to be nuclear powered? It's quite trendy nowadays in Japan...

Apple seems to be making big advances to eastern markets, the candy colours of the iPhone 5C and gold iPhone 5S are good examples of this. Remains to be seen if they can succeed because they are tough markets to crack.


Apple has 40% of the Japanese smartphone market, and that's despite iPhones not being sold by Japan's largest carrier. I'm pretty sure they've "cracked" the market.
Score: 4 Votes (Like | Disagree)

GermanyChris
Hey look it's not a big ugly glass cube, it's a big ugly metal one instead
Score: 3 Votes (Like | Disagree)

Now open 3 or 4 more in places that are convenient for people and it would actually help. There's already one in Shibuya and Omotesando is only a few stations away. Spread the stores out a bit. The biggest mall in Japan could definitely use one (Koshigaya Laketown)...coincidentally less than 10mins from my house :rolleyes:
Score: 3 Votes (Like | Disagree)

As an ex-employee of Shibuya Apple Store, I can only say... about freaking time! Some two years ago the traffic was unimaginable for a store that size. Finally there's gonna be some room to breathe! :)


As ongoing customer: agree. The Shibuya store is small and awfully located ... For me always the impression of a narrow side road. Should be closed and moved closer to the big crossing ... A big :apple: on the big crossing would be a great impact.
Score: 2 Votes (Like | Disagree)
Read All Comments