Following its 2012 acquisition of mobile security firm AuthenTec, which specialized in fingerprint sensors, Apple has been rumored to be looking to incorporate its technology into its future products. Rumors have indicated that such a sensor could be a differentiating feature for Apple's upcoming iPhone 5S, although there has so far been little in the way of solid evidence that such a feature is in the works.

But as noted by Hamza Sood, Apple's developer release of iOS 7 beta 4 today has brought a significant clue that Apple is indeed planning to bring the technology to the iPhone later this year.

The evidence arrives in the form of a new code bundle in the Accessibility portion of iOS 7. The bundle, named BiometricKitUI, contains text strings related to a tutorial on how to use a fingerprint sensor on an iPhone. The relevant strings include:

Several reports have indicated that incorporating a fingerprint sensor into the iPhone 5S has proven difficult for Apple, potentially limiting launch supplies of the device as production bottlenecks are worked out. 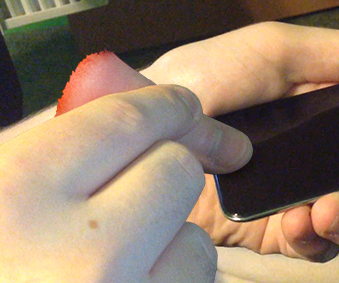 Really? Your fingerprints will be all over the phone, shouldn't be too difficult to lift them

hydr
If this is true, it´s big. If they can solve this problem, it will be the beginning of the end of all username/passwords.
Score: 15 Votes (Like | Disagree)


Which Sammy phone has a fingerprint sensor???

NickRichyRich
The button makes more sense to me and seems like it would be a hell of a lot easier than trying to do something like that through the screen. Either way that is really cool to see!
Score: 11 Votes (Like | Disagree)
Read All Comments