Another Alleged Image of the Low-Cost iPhone Rear Shell Surfaces

Friday July 26, 2013 10:22 am PDT by James Cull
A picture posted on the Chinese microblogging site Weibo appears to show the rear of an assembled low-cost iPhone, complete with the required legal notices from the FCC and other agencies. The image was noticed by Dutch Apple site iPhone5Skopen.com [Google Translate]. 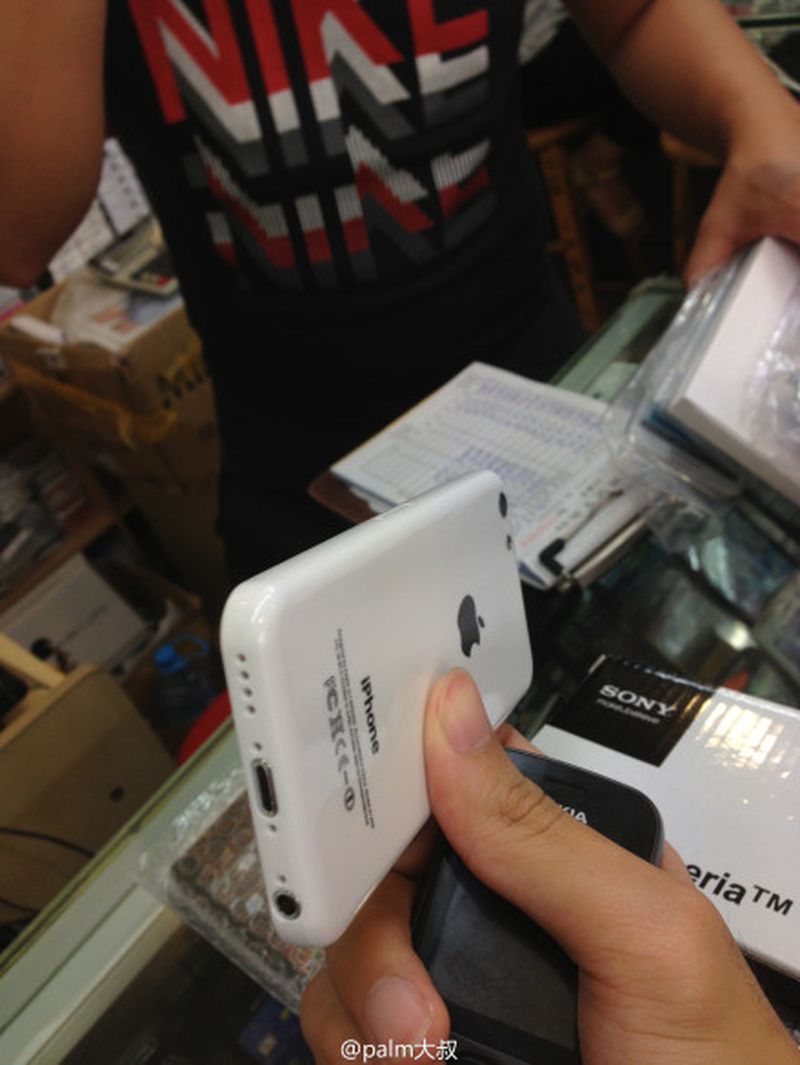 The unit shown appears to be almost identical to the rear shell that was leaked a few days ago, though this is one of the first leaks to include legal notices on the back.

As expected, the phone appears to include a rear camera with single flash -- leaks of the new iPhone 5S have suggested a dual-flash system -- as well as similar Lightning and headphone jack locations to the existing iPhone 5.

Because of the angle of the photo, is it impossible to tell if it is an assembled phone or just the rear plate. However, it looks very similar to other reported leaks. At a minimum, there is a good chance that these parts offer a good representation of what Apple's lower-cost iPhone will look like.

KGI Securities analyst Ming-Chi Kuo, who has a solid track record, predicted earlier this week that the low-cost iPhone would ship in early September.

Apple will never release such a product.


I'm willing to bet that they will.
Rating: 55 Votes

An elite tech company like Apple would never release such a subpar product.

An elite tech company like Apple would never release such a subpar product.


The phone is going to become a reality whether you like it or not.

You sound like the people who complained during the iPhone 4 leak saying the breaks in the band aren't Apple and that they would never make a product with those ugly bands on it.... *Looks at every iPhone I've had since* :rolleyes:
Rating: 14 Votes

DeLoMan
The text on the rear shell looks too "in your face" for Apple. I'm calling this one out as a knockoff...
Rating: 13 Votes

Defender2010
The way it always goes on Macrumors:

samcraig
You can buy iPhones at WalMart and other such places.

This whole "iphone is a status symbol" mantra/belief needs to go.

Get over it. Everyone and their grandmother has one now. You aren't showing individualism by owning one.

As for less expensive models - it makes perfect business sense for Apple to do this. If you don't understand why - then you should go take a Business 101 class.
Rating: 11 Votes

Virtualball
Notice the metal rings around the headphone jack and the lightening port!

This might actually be a fully assembled device :eek:
Rating: 10 Votes

An elite tech company like Apple would never release such a subpar product.
Rating: 10 Votes

jonnysods
I have to say that I really like the design, the seamlessness of it.
Rating: 9 Votes

Some of you guys can be so dumb. Looks fake? Not happening? You do know what happens every year right?