An Apple patent application published yesterday (via Patently Apple) by the United States Patent and Trademark office details the creation of a flexible battery shape, suggesting that the company is exploring solutions for future products that may take on a unique shape, such as the rumored iWatch.

The patent, which was filed in December of 2011, covers a flexible battery pack that consists of several different cells connected through a laminate layer, designed to "allow the battery to be shaped to fit a form factor of the electronic device."

Furthermore, these unique form factors often require flexible battery arrangements, whereas conventional battery packs are often too rigid to flexibly conform to these form factors. For example, lithium-ion batteries, such as lithium polymer battery cells, are quite rigid and bending them repeatedly may cause damage to the battery cells and battery failure. As a result of attempting to accommodate inflexible battery packs, the packaging of portable electronic devices may not be optimally sized.

Apple's patent also suggests that a flexible battery pack could have certain cells removed to incorporate thermoelectric coolers, flashes, or a camera, allowing the battery to fit more snugly into a small space. The company points out that an isolated flexible cell arrangement increases device reliability as well, preventing multiple connected cells from failing at once due to environmental factors like moisture or dust.

According to Apple, its flexible battery solution could be used in a number of devices, including "wristwatches, calculators, laptop computers, tablet computers, and/or music players."

A patent application published in March and a job listing in April suggested that Apple was researching iPhones constructed with flexible wraparound displays, and such designs would likely incorporate the flexible battery detailed in yesterday's patent.

Apple's much rumored "iWatch" could also take advantage of a flexible battery, as a February patent revealed that the company was experimenting with a potential wraparound touch-sensitive display.

In recent weeks, Apple has filed for a number of trademarks on the iWatch name around the world. According to rumors, Apple has 100 product designers working on the watch, which is likely to launch in 2014.

Will these batteries also bulge and explode? :p

Apple hasn't had the best track record with batteries, although many of them were manufactured by the same company for other retailers.

All LiPo batteries have the same slight fire/swelling risk. Can't tell you how many Android, Windows, and iOS devices I've seen with swollen batteries working for the geeksquad the past few years.
Score: 3 Votes (Like | Disagree)

crabbo
Wow - how low can they sink with these laughable patent applications?
Score: 2 Votes (Like | Disagree)


That sounds like a great idea and in no way could I see this thing malfunctioning and burning a person's wrist :rolleyes:

You see this and think wow how simple ... how is this not an existing patent. Apple you patent geniuses!

The most elusive ideas are often hiding in plain sight. It just takes someone with clear vision to see it. That's been the case throughout history. Think about how many inventions made you say "of course, why didn't anyone else think of that."


You 2 must be kidding right ?

Maybe you're meant to besties forever 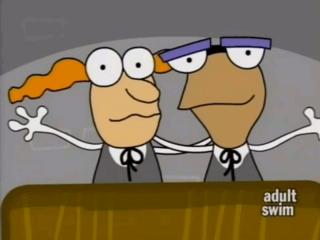