The U.S. Patent and Trademark Office today published an Apple patent application (via AppleInsider) offering an interesting glimpse at the possibility of an iPhone or other mobile device using a flexible display contained within a transparent body body such as a glass tube or other shape. The display would be able to wraparound the sides and even rear of the device as needed in order to provide more viewable area.

This paper describes various embodiments that relate to an apparatus, method, and computer readable medium for creating a portable electronic device with a wraparound display.

Alternative device shapes
As part of the patent application, Apple explores a variety of options for such devices, including multiple form factors and the potential use of a second inner display underneath a transparent outer display to provide the illusion of 3D content. Apple also suggests the possibility of interchangeable end caps to fit specific situations, including joining multiple devices together to make a single larger screen. 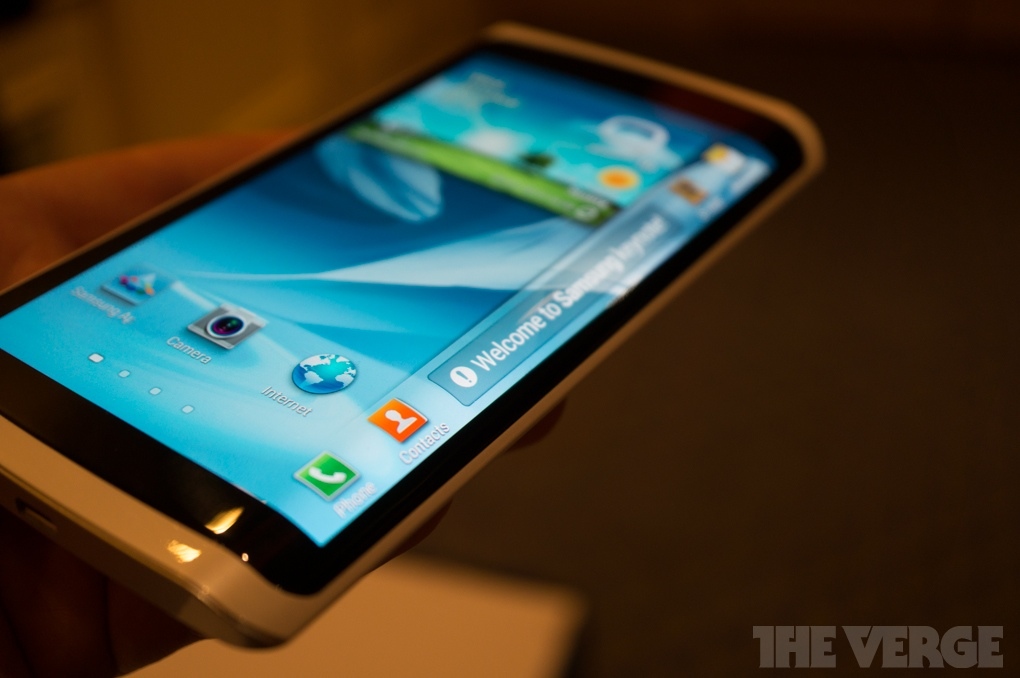 Apparently Samsung stole from the future!:eek:
Score: 25 Votes (Like | Disagree)

Chuck-Norris
i dont care if they can make one that you can fold, id rather work on a flat display then a curved one!
Score: 17 Votes (Like | Disagree)

cxny
might as well patent a pyramid shape while you're at it - you never know...
Score: 11 Votes (Like | Disagree)

Mic'sBook
That reminds me of the 4th- and 5th-generation iPod nano. 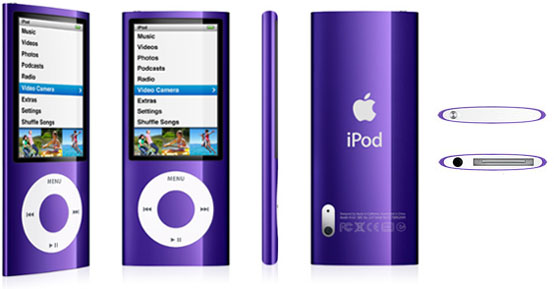 That would be nice but I'm still wondering what a curved (glass) display on a phone would do.
Score: 6 Votes (Like | Disagree)

Sayer
A Flexible display, curved glass, new A5 chip that is extremely power conserving. The old iPod Nano with iOS-like interfaces and a watch mode discontinued and replaced by a candy-bar iPod nano.

What in the world could Apple be working on?

It's almost like there is some kind of iPod watch thingy that will bridge between your iPhone/iPod touch and maybe even be a standalone nano-type wearable iPod or something.

Saturday April 17, 2021 4:43 am PDT by Sami Fathi
Reliable leaker known as l0vetodream has hinted that Apple may debut its rumored redesigned and colorful iMac at its "Spring Loaded" event on Tuesday, April 20. In a tweet, the leaker posted an image of Apple's logo used for marketing the upcoming event and an image of the retro rainbow Apple logo alongside the colorful lineup of G3 iMacs. Apple leaker Jon Prosser previously reported that...
Read Full Article • 141 comments

Thursday April 15, 2021 6:17 am PDT by Hartley Charlton
Blogger Siobhán Ellis has successfully integrated their electric car into their Apple HomeKit setup, adding in-app toggles for door locking, climate control, and more. The setup, which is outlined in detail on the blog Practical HomeKit, allows multiple elements of a Jaguar I-Pace electric vehicle to be monitored, controlled, and automated using the Home app. Using a HomeBridge plugin for ...
Read Full Article • 61 comments