With just hours to go before today's keynote at Apple's Worldwide Developers Conference kicks off, the company has brought back its "Apple Events" channel on the Apple TV, indicating that it will be streaming live video of the event.

As with the previous incarnation of the Apple Events channel, users can also watch videos of previous Apple events and keynotes.

Apple has on occasion offered live video streams of its events, but before last October's iPad mini event the previous time had been the company's "Back to the Mac" event in October 2010.

Apple's keynote kicks off at 10:00 AM Pacific Time, and MacRumors will have full coverage of the event.

Update 5:09 AM: Apple will also be streaming the keynote through its website.

gmanist1000
And millions of tech blogs everywhere cried out in terror and were suddenly silenced, as if thousands in advertising revenue was suddenly lost....
Score: 20 Votes (Like | Disagree)

Can someone with Apple TV in UK confirm this please? Still at work here... 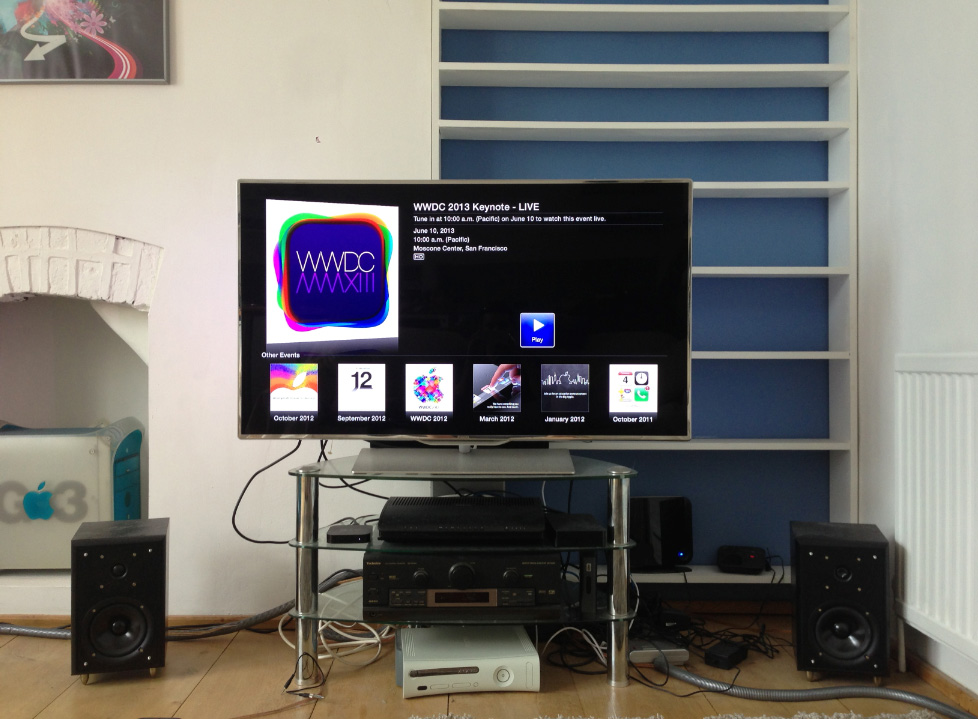 Apple Store is still not down. Usually it goes down before hardware updates. Since new Macbooks are expected today I wonder why the store is still up


Usually goes down 1-2 hours before keynotes. Not down the whole day :) No worries!
Score: 4 Votes (Like | Disagree)

Try anything else, i.e. http://www.apple.com/apple-events/august-2013/ and you'll see 'Page Not Found'
Score: 4 Votes (Like | Disagree)
Read All Comments

Tuesday January 26, 2021 10:03 am PST by Juli Clover
Apple today released watchOS 7.3, the third major update to the watchOS 7 operating system that was released in September. watchOS 7.3 comes more than a month after watchOS 7.2, an update that brought support for Apple Fitness+ ‌‌The watchOS 7.3 update‌‌ can be downloaded for free through the dedicated Apple Watch app on the iPhone by going to General > Software Update. To install...
Read Full Article • 42 comments