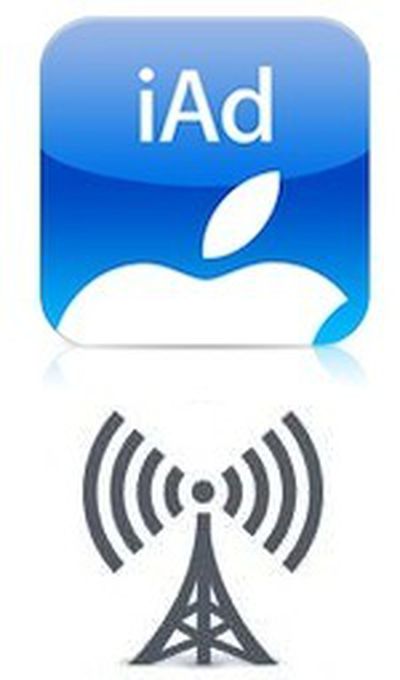 In an extensive report, citing 'people familiar with the changes', Bloomberg reports that the company has been negotiating with major advertising companies to line up exclusive launch advertisers, similar to when it launched iAd in 2010.

Apple intends to make its new radio service free to users and supported by advertising, similar to how Pandora’s mobile app works, people familiar with the plans said. The new service will be different from Apple’s iTunes in that the songs played won’t be limited to what a user has purchased, and listeners won’t own the songs they stream for free.

The shift in iAd’s focus to buttress the music service is being made by Eddy Cue, the senior vice president who oversees iTunes, App Store and iAd, as well as Todd Teresi, whom Apple hired last year from Adobe Systems Inc. to lead the company’s advertising business.

When iAd launched, it was envisioned mainly as a way to help developers earn money on the iOS platform. With the expansion to audio ads for iRadio, iAd is going into new territory for the company. As it stands, iAd revenue remains a drop in the bucket for the company.

Bloomberg says that Apple has enticed advertisers to iAd by mentioning the data it holds for targeting users, including purchased movies, music, apps, books and more.

The site also says the iRadio service will launch later this year alongside the public release of iOS 7, much the same way that iTunes Match was announced at WWDC but was released months later.


But that is why I do not listen to conventional commercial radio...
Score: 8 Votes (Like | Disagree)

captain kaos
"Bloomberg says that Apple has enticed advertisers to iAd by mentioning the data it holds for targeting users, including purchased movies, music, apps, books and more."

Selling your info to "target users" was always something i considered google did, and one reason i liked Apple. "At least they weren't selling your data to people".

Out of curiosity, why is everyone excited about iRadio? I guess it better be vastly improved being that it's years behind other HQ music streaming options.


We have no clue what it is yet. We are hoping that it is better than existing solutions. If it is, I'll use iRadio, if not, I'll continue to use pandora, spotify, etc.

We have no clue? It says what it is in this article. It's Pandora with Apple integration. You'll probably be able to use it right in the music app or iTunes on the Mac, which will be cool.

It doesn't get rid of the stupid redirect links Google puts on their site. I don't care about being tracked as long as it doesn't do annoying things like spamming my history with a bunch of these redirect URLs that I can't send to my friends to use. Luckily, there's a Safari plugin and a Greasemonkey script that bypasses them.

You're right. Google is evil and wants all of your information and you have no choice even if you just say Google 3 times they put all kinds of tracking subliminal messages in your thoughts.

The secret is out and you discovered it.

Never say biggie smalls or Google 3 times in a row.

You will get capped and be tracked while it's happening.

It's true. I read it on the Internet thingy.

And this is a rumor site so, No. You don't know what iRadio or whatever name they choose will be until it's announced and even then don't believe it because FaceTime was going to be cross platform if you believed Steve Jobs.
Score: 3 Votes (Like | Disagree)

That seems to be only for a computer browser. Not for any tablet of phone.

The mobile device has opt out for all tracking.

I don't use it. I'd rather have ads based on my interest and not random.
But it is my choice.
Score: 3 Votes (Like | Disagree)

The really great thing about iAds, though, is that you can just go into your settings and turn all that off. Sure, you'll still be ads, but they won't be tracking you. Good luck getting Google to stop tracking you on anything, let alone a device they actually control!