KGI Securities analyst Ming-Chi Kuo is reiterating his claims that Apple's low-cost iPhone will have a 4-inch screen, plastic casing, and be available in a range of colors similar to Apple's iPod lineup, sharing a few new details in a report highlighted by AppleInsider. In particular, Kuo shares offers some information on the device's plastic and fiberglass casing.

The new, less expensive iPhone model is said to have a "super-thin plastic casing mixed with glass fiber." The material will make it stronger, thinner and lighter than typical smartphone plastic casings, Kuo said.

He expects the thickness to be between 0.4 and 0.6 millimeters, which is thinner than the average plastic casing at between 0.7 and 1 millimeter.

Kuo had previously suggested the phone would be available in a range of six colors, but is now being more cautious in suggesting "between four and six."

Key Apple supplier Foxconn will manufacture complete phones, he says, while Green Point will make additional casings for phones that will be assembled by Pegatron. The analyst has previous suggested that Apple is looking to diversify suppliers, and that Pegatron would be responsible for assembling the majority of the low-cost iPhones.

"between four and six."

Guy No. 1 - 10 minutes later: "I see Apple are making a plastic phone, for emerging markets. That will help expand their market penetration, which is good for my stock."

Beginning of the end for Apple if this happens.

They're not a company who competes on price by giving up quality.


who said they were giving up quality? the 3gs and the 3g felt premium in the hand, and this design will be a radically improved 3gs/3g casing design tagged along with a very nice display for a phone that will be cheap to the masses
Score: 11 Votes (Like | Disagree)


I know what you mean. I wouldn't get one personally but I don't think there is anything wrong with it. 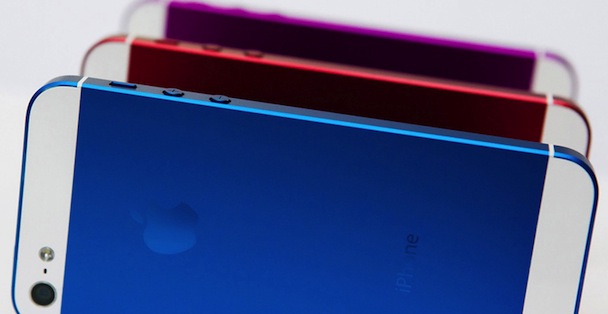 It would be cool to return to the candy imac style. Translucent back, showing the internals.


The internals? All you're going to see pretty much is a big battery.
Score: 9 Votes (Like | Disagree)
Read All Comments