Tim Cook on the Urgency of Solving Problems, Unpredictability of Apple, and Industry Disruption 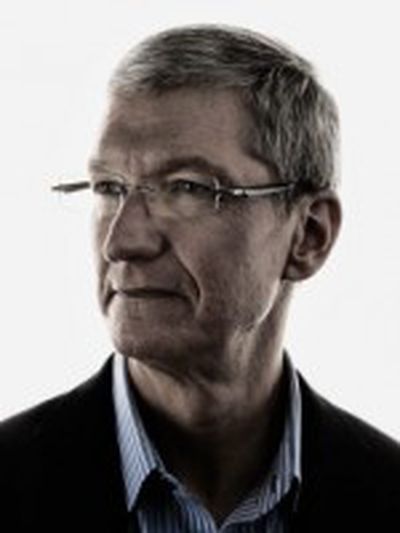 Following yesterday's announcement that Apple CEO Tim Cook had been named to the shortlist for TIME's annual Person of the Year feature, the magazine has published a lengthy profile of Cook today covering his runner-up status.

Much of the information in the profile has been discussed in other settings, but it offers a good overview of Cook and his time at Apple. The piece also offers a few fresh quotes from Cook about his perspective and his role in leading Apple. The report touches on Cook's combination of calm demeanor and intense focus, noting that he can just as easily lighten the mood with his manner as light fires under others to spur them to action.

Like Jobs, Cook suffers fools neither gladly nor in any other way (except when he has to, i.e., when talking to journalists). Behind the scenes, that measured calm can — if the legends are true — become a merciless coldness that roots out confusion and incompetence. “I’ve always felt that a part of leadership is conveying a sense of urgency in dealing with key issues,” he says. “Apple operates at an extreme pace, and my experience has been that key issues rarely get smaller on their own.”

Cook also addresses some of the uncertainty that has surrounded Apple in recent months, from a stock price weighed down by assorted factors to the Apple Maps situation to fears that Apple is losing ground to competitors in the mobile industry:

None of this appears to ruffle Cook particularly. “I’ve worked at Apple for 15 years,” he says, “so Apple’s not foreign to me. I don’t mean to sound like it’s all a predictable ride. It’s unpredictable. But it’s always been unpredictable.” He hasn’t altered his personal style any. He remains, like all great Apple products, a paradoxical combination of open and closed, polished and user-friendly but also sealed up tight against anybody who’s curious about what’s inside. You know there are reams of code churning away down there, just below the surface, but you’ll never know exactly what’s going on.

TIME notes that Cook has yet to truly be tested in terms of bringing innovative products to the market, with much of Apple's massive slate of 2012 product releases having already been in the works before Cook took full control of Apple and the company yet to enter a new market under his watch. But Cook acknowledges that he intends to continue the Apple tradition of entering markets with the full intention of disrupting the status quo.

[T]he test for Cook will be to seek out a new category that’s vulnerable to disruption and disrupt the hell out of it.

I ask Cook if he would do that — if that would continue to be Apple’s modus operandi going forward. He smiles, seductively as always, and says, “Yes. Yes. Most definitely.” When that happens, that’s when Cook will show his hand, and we’ll get a look below the surface.

Television has of course been rumored to be the next industry where Apple hopes to make a major impact, but progress has reportedly been slow as it seeks to reach content deals that will allow the company to offer the bundle of hardware and services it needs to make its desired impact. Apple has long dabbled in television through the iTunes Store and the Apple TV, with Apple executives repeatedly referring to the current set-top box as a "hobby" that the company would "keep pulling the string" on. In recent months, television appears to have been a bigger focus for Apple with Cook referring to it several times as an area of "intense interest" for Apple.

(Photo by Marco Grob for TIME)

Mr-Stabby
Was that picture of him taken just after a house fire?
Score: 20 Votes (Like | Disagree)

burnside
"Thanks to Google Maps, I was able to make it to the interview in time."

No, it was taken after a BBQ fire

GeekLawyer
Truly one of the most interesting people in the news this year. I could have seen Time naming him with the top honor.
Score: 6 Votes (Like | Disagree)

Banyan Bruce
Get the price right this time.

Many of my students are very keen to get iPad Minis but the price is simply killing them, so they are going for cheaper Samsung tabs instead. There is a real feel of recession and bout of belt tightening going on in the UK this Christmas and with future reductions in ICT spending due next year, Apple needs to consider price because value is a perceived metric tempered by the real ability to pay. :(

Apple needs to get the price point right...these kid's and their parents don't, and can't afford to, buy tablets every year and as MS discovered if you catch them early then they stick with what they know rather than change. No matter how good the alternative is, the other option has got to become onerous before they'll consider change. That's why MS office is so entrenched and Pages et al is still a very distant second in the real world. Don't blow it, Apple
Score: 5 Votes (Like | Disagree)

It is hard to see what Tim is passionate about that will directly influence the company.

I love the saying "Where technology intersects art"

I think the over-arching goal should continue to be "a computing platform/ecosystem for the rest of us". Apple has always done well when they've worked diligently on making things simple yet powerful with a nod toward minimalism.

There are plenty of markets that need to be revamped.

Energy - People should start thinking about clean energy and energy efficiency. Apple could do some wonderful things where with automation and more.

Security - Facetime could evolve into a more comprehensive surveillance tool. Cameras are big right now and with smartphones keeping us in touch with what's going out outside of our sphere cameras are the key visual component.

Networking - I believe that central storage is vital for the next phase of digital media. I don't want to worry about iDevice storage and that means leveraging the cloud and local storage effectively

Education - iBooks Author is fantastic. I'd like to see Apple step up again and try to make a dent in the Education Universe.
Score: 5 Votes (Like | Disagree)
Read All Comments