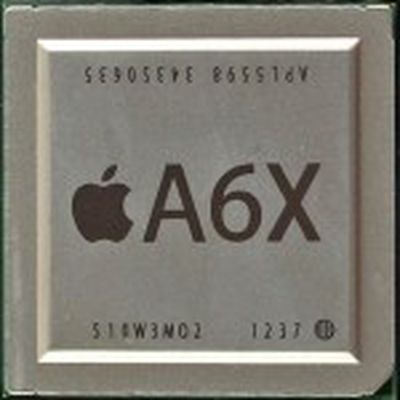 According to The Oregonian, Business Oregon, the state's economic development agency, and officials in New York may both be competing to attract a massive chip manufacturing company, which uses the code name "Azalea."

Business Oregon -- the state's economic development agency -- confirms that it's recruiting a company that goes by the codename "Azalea." The department declined to discuss details of the effort, citing a nondisclosure agreement with the unnamed company.

However, officials in New York have been actively pursuing what's known there as "Project Azalea." Documents obtained by The Business Review, an Albany, N.Y., weekly, describe that project as a 3.2-million-square-foot semiconductor factory that would employ at least 1,000 people.

The cost of building and equipping a new semiconductor factory -- a fab, in the chip industry's parlance -- runs in the billions of dollars. That's attracted great interest to the chatter around Azalea, which at this point is largely speculative.

Within the chip industry, the theory is that the fab would be a contract facility to build microprocessors for Apple's mobile devices, the iPhone and iPad.

The EETimes believes that this mysterious "Azalea" chip factory is none other than the Taiwan Semiconductor Manufacturing Company, which appears to be waffling between creating a new factory in New York or Oregon.

Samsung currently builds all of the custom A-series processors that Apple uses in its iOS devices in an Austin, Texas plant, including the newest 32-nanometer process A6 chip used in the iPhone 5 and the A6X chip used in the fourth generation iPad. Rumors have, however, suggested that Apple is interested in making a deal with TSMC instead, both to cut ties with Samsung and to take advantage of TSMC's 20-nanometer process for use in late 2013.

Earlier this year, TSMC turned down both Apple and Qualcomm, who placed bids for exclusive access to TSMC's chip production, but the company did indicate that it might possibly devote a factory to a single customer. This suggests that if TSMC is indeed behind "Project Azalea," then the upcoming U.S.-based chip factory could potentially be used to create chips for Apple's iDevices.

ThunderSkunk
Will buy US-made anything at this point.

After reading up on quantum computing, it'd be pretty wild to see Apple spend the $ and do something under their own roof that just up and blew everyones doors off .
Score: 16 Votes (Like | Disagree)

Technarchy
In the Arab world, stealing gets your hands cut off.

In this case Samsung just lost a lot of business.
Score: 11 Votes (Like | Disagree)

Stridder44
Nothing but good can come from this.
Score: 11 Votes (Like | Disagree)

...suggested that Apple is interested in making a deal with TSMC instead, both to cut ties with Samsung and to take advantage of TSMC's 20-nanometer process for use in late 2013.

Apple is also developing their own advanced chip designs, which they would obviously want to hide from competitors. Apple was just awarded a patent on SoC package-on-package technology used in its AX chips. That kind of technology is best kept away from Samsung, patents or no patents.

First you need to actually get your facts straight before people can attempt to "defend" anything. It's $8-12 MILLION, not BILLION. Nice attempt at being falsely hyperbolic.

FORTUNE -- One of the reasons Samsung's Galaxy smartphones and tablets seem to be everywhere these days may be that the company is spending a fortune -- nearly $12 billion a year, according to Asymco's Horace Dediu -- on advertising, commissions and sales promotions.