Wednesday September 19, 2012 8:00 am PDT by Eric Slivka
Physical mockups of Apple's rumored "iPad mini", presumably based on leaked design specs from case manufacturers, have appeared with increasing frequency in recent weeks, and Gizchina.com has now obtained one of the dummy units to share new photos and a video giving an impression of how the device might look and feel. The dummy units are widely available through Chinese online marketplace Taobao for roughly $15. 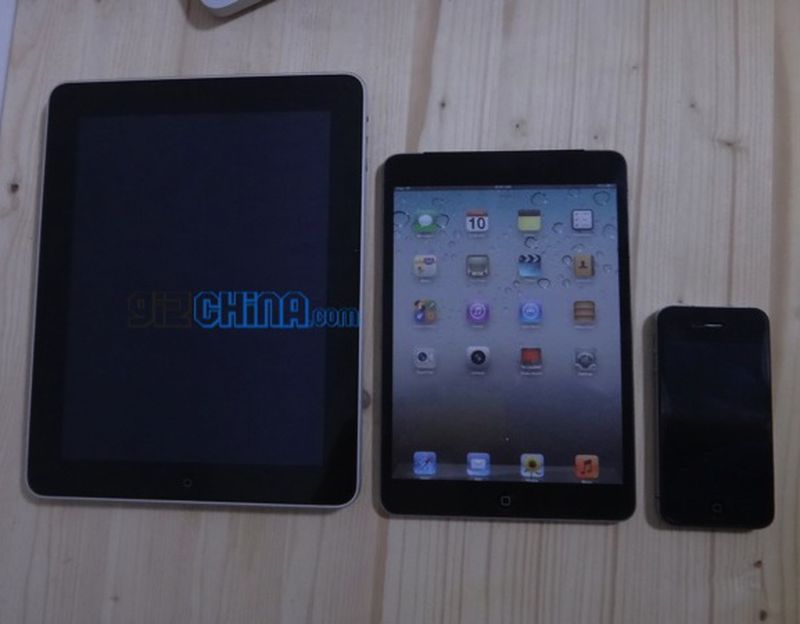 Similar mockups in both white and black have appeared over the past several weeks showing the rumored thin side bezel design that would make the device more comfortable to hold in one hand than a uniform bezel such as that seen on the full-size iPad. The video also offers a good overview of the external features of the device.


Apple is expected to introduce the iPad mini at an October media event once the publicity from the iPhone 5 launch begins to subside. 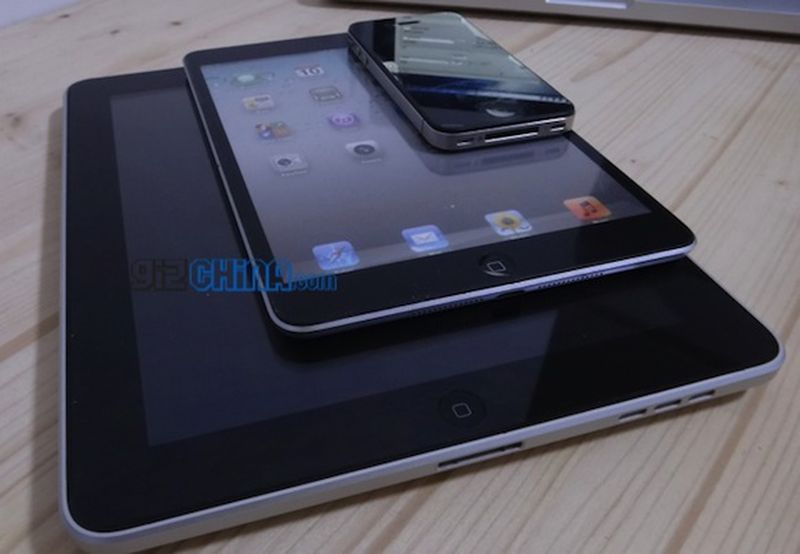 lars666
My imaginary girlfriend will like this imaginary iPad mini very much!!
Rating: 11 Votes

MultiMediaWill
Anyone else planning to buy the iPad Mini even though they have an iPad?
Rating: 11 Votes

Would be kind of a perfect size for a in car navigation/entertainment system as well.
Rating: 8 Votes

TheRainKing
Size is quite good. I think that might end up being my first iPad.
Rating: 6 Votes

Exactly what I noticed... the iPad at the bottom isn't even a real one. The bezel thicker and has what looks like USB ports at the bottom. I still think the iPad mini will have a 16:9 screen to match up with the iPhone 5.


I believe that's an iPad 1 and what you're seeing as USB ports are the speakers? :cool:
Rating: 2 Votes

Does the big iPad in the last picture have USB ports on the bottom? lol oh China...


Guess the lol is on you. Those "USB ports" are the speaker grill.
Rating: 2 Votes

I kinda laugh at the people who think the iPad mini will have LTE.