After Apple's Podcasts app was released last month, many users had complaints about bugs, crashes and other issues. All Things D says that an update should debut later today that will fix the problems and "vastly improve it":

Podcasts users take note: Apple has been hard at work tweaking the app to fix the problems that currently plague it and sources say the company expects to post an update to it this afternoon that should vastly improve it.

Nearly two-thirds of reviews for the Podcasts app on the App Store gave it a one - or two-star review, with the app having a two-and-a-half-star review overall -- one of the lowest of all Apple's apps.

Podcasts had traditionally been housed in the iTunes app on iOS devices, but Apple has been working to streamline the user experience by breaking out some categories into their own apps, including Podcasts and iTunes U.

Update: As noted by Jim Dalrymple, Apple has released an update to the Podcasts app with these changes:

Podcasts 1.0.1 provides a number of improvements, including:

Podcasts is a free download for the iPhone and iPad on the App Store. [Direct Link]

I still can't believe this app was made by Apple.
Score: 14 Votes (Like | Disagree)

If this App had come from any other developer it would have been killed by 1 star reviews. It the buggiest piece of #$%^ I have used on my iOS devices in a long time. Hope the new version fixes the dozen or so issues I have with the app.
Score: 11 Votes (Like | Disagree)

TimAlia
Maybe this time the UI will look like a record player instead of reel to reel tapes. Or maybe the new design will be a music box! 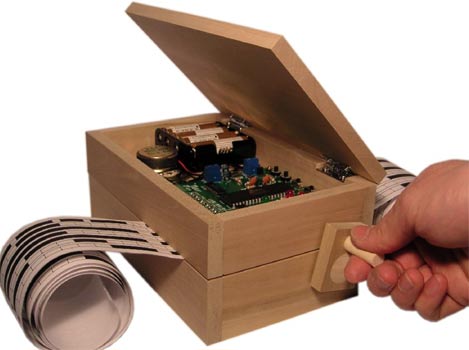 Whilst you were away, I arranged to have the "Vote Down" button removed from your computer. Sorry.

Reason077
More quality issues from Apple. This would not have happened on Steve's watch. Let's hope its not a terminal decline.

I vote down all posts containing the word "whilst."

Whilst you were away, I arranged to have the "Vote Down" button removed from your computer. Sorry.
Score: 6 Votes (Like | Disagree)

Props to Apple for knowing they released buggy software and resolving the issues quickly.

Tuesday February 23, 2021 7:07 am PST by Hartley Charlton
Over the past week, some M1 Mac users have been reporting alarming SSD health readings, suggesting that these devices are writing extraordinary amounts of data to their drives (via iMore). Across Twitter and the MacRumors forums, users are reporting that M1 Macs are experiencing extremely high drive writes over a short space of time. In what appear to be the most severe cases, M1 Macs are sai...
Read Full Article • 711 comments