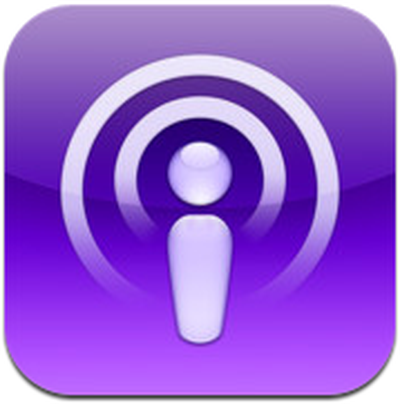 Earlier this month, it was reported that Apple would be launching a standalone podcast app in iOS 6. Instead of waiting for the next version of iOS, Apple posted the Podcast app on the App Store today. [App Store]

Podcasts app is the easiest way to discover, subscribe to and play your favorite podcasts on your iPhone, iPad, and iPod touch. Explore hundreds of thousands of free audio and video podcasts from the Podcasts Catalog, and play the most popular podcasts, organized for you by topic, with the all-new Top Stations feature.

- Enjoy all of your audio and video podcasts in a single app
- Explore hundreds of thousands of podcasts including shows in over 40 languages
- Try the innovative new Top Stations feature to find new podcast series in a variety of topics, including arts, business, comedy, music, news, sports, and more.
- Browse by Audio or Video podcasts, or see what's most popular in Top Charts
- Tap subscribe for your favorites and automatically receive new episodes for free as they become available
- Stream episodes or download to listen while offline
- Skip forward and back using simple playback controls
- Turn on Sleep Timer to automatically stop playing a podcast while listening in bed
- Share your favorite episodes with friends using Twitter, Messages and Mail
- Optionally sync your favorite episodes from iTunes on your Mac or PC
- Sync your episode playback for seamless transition between devices

The app supports streaming or downloading of episodes and offers syncing of episode playback between devices. This means that users can, for example, start listening to a podcast on their iPhone and finish on the iPad.

Update: Some users have noticed a redeem button within the Podcast app suggesting the possibility of paid podcasts down the line.

Podcasts is a free download for the iPhone and iPad on the App Store. [Direct Link]

Why does everything have to have a separate app, most of us, well, a lot of us have upwards of 150 apps on our iOS devices I don't what good another app is going to do... iTunes as first released on iOS looked just great...anyway bs inconsequential moves by apple that aren't anything to write home about or could even be considered a step back, we should start getting used to them...


I wonder if this is a move by Apple to slowly transition to separate apps on the computer. A lot of people complain that iTunes is too bloated, maybe this will allow Apple to break it up and keep it lean.
Score: 14 Votes (Like | Disagree)

You better believe that the Podcasts app will come standard on future shipping iPhones and iPads.


It works on the third-generation iPod Touch and later.
Score: 11 Votes (Like | Disagree)

Wow wow wow!!! The new podcasts app isn't just good, it's the best podcasting app ever made ON ANY PLATFORM. EVER. I'm loving the seamless resume playback on all my devices. The UI is absolutely beautiful. Here's another nail in the coffin of Android. If you love listening to podcasts, owning an IOS device just became absolutely essential. Incredible work from Apple once again!

Edit: fishmoose beat me to it...
Score: 7 Votes (Like | Disagree)
Read All Comments