KGI Securities analyst Ming-Chi Kuo today released a significant new report outlining his estimates of Apple's product launch schedule for the second half of this year, pointing to all-new iPod touch and iPod nano models as well as new iPhone and iPad mini models and tweaked internals for the full-size iPad.

Kuo's report also touches on the Mac side, reiterating his earlier claims that Apple will be launching its 13-inch Retina MacBook Pro in that timeframe. He believes, however, that impact from the launch will initially be muted amid tight supplies and consumer budgets that will likely prioritize purchases of new iPhone and iPad mini models.

While early 13-inch Retina MacBook Pro sales may be modest, Kuo does believes that with Retina displays clearly being the future of Mac notebooks the stage will be set for explosive growth heading into 2013.

As for the iMac, Kuo believes that new Ivy Bridge-based iMacs have been delayed by screen lamination issues, with Apple's supply chain status suggesting it will be a tight schedule to meet an end of September launch for the updated models.

The chances of the new iMac debuting in September are slim. But, judging by the current supply chain situation, it could be rolled out by end-September. [...]

[Supply chain] shipments for Mac desktop models will be low due to inventory adjustment in July, and will see the most dramatic MoM rise in August as shipments for the new iMac begin.

Several other sources have claimed that Apple will be targeting an October launch for updated iMacs, although there has been disagreement over whether the new models will include Retina displays, which are almost certainly the most highly-anticipated feature in the product's future. Kuo's report does not address whether or not he believes the feature will be included in the next revision or held for a later update.

sshhoott
"Across the year you’re going to see a lot more of this kind of innovation. We are just getting started.” 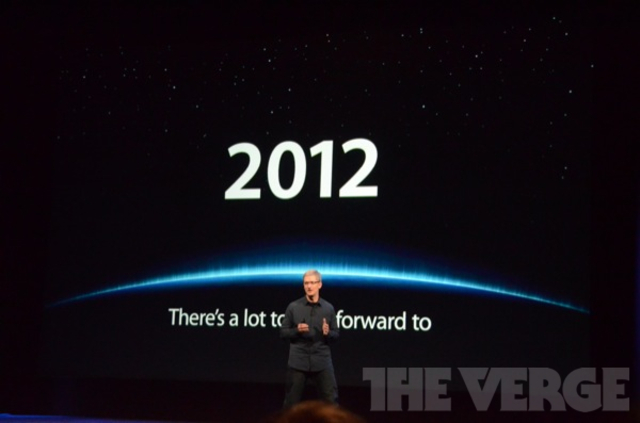 koobcamuk
If it ain't broke, don't fix it. Some of the designs we have are ripe for innovation (iMac design) and others (iPod touch) can't really be much improved on.

Of course, this is completely subjective, but that's forums for you ;)
Score: 9 Votes (Like | Disagree)

12dylan34
I know this isn't a popular opinion, but I'm strongly hoping against a retina display on the iMac, or at least the option for the older design. I'll be using it professionally and it's an entirely unnecessary feature that does nothing but hog system resources to me. It would suck to wait and the that be the only option....
Score: 6 Votes (Like | Disagree)

lannisters4life
WTF are "screen lamination issues"? If this is true, the iMac would have some kind of new screen, because they're laminating the current ones fine enough. I'd bet on a 24" before a retina 21" or retina 27", but hey, love to be wrong.
Score: 6 Votes (Like | Disagree)

belltree
Hopefully "tweaked internals for the full-size iPad" will turn out to be a die shrink for the A5X inside the iPad3 to 32nm or possibly smaller. A decrease in heat and power consumption would be welcome.
Score: 5 Votes (Like | Disagree)

urbanlung
I don't care what the specs on the new iMac are as long as its really fashionable..
Score: 4 Votes (Like | Disagree)
Read All Comments