Monday June 18, 2012 2:37 pm PDT by Eric Slivka
In a Securities and Exchange Commission filing made today, Liquidmetal Technologies announced that it has extended its agreement with Apple to effectively license its ongoing intellectual property development for an additional two years.

The agreement, which is funneled through a subsidiary known as Crucible Intellectual Property, LLC, provides Apple with a full license to all of Liquidmetal's intellectual property for commercialization in consumer electronics. The original deal required that Liquidmetal submit all of its intellectual property discoveries to the subsidiary through February 5, 2012, but the new amendment effective as of last Friday extends the agreement through February 5, 2014.

The foregoing does not purport to be a complete description of the Amendment and is qualified by reference to the full text of such agreement, which will be filed with the Company’s next Quarterly Report on Form 10-Q. 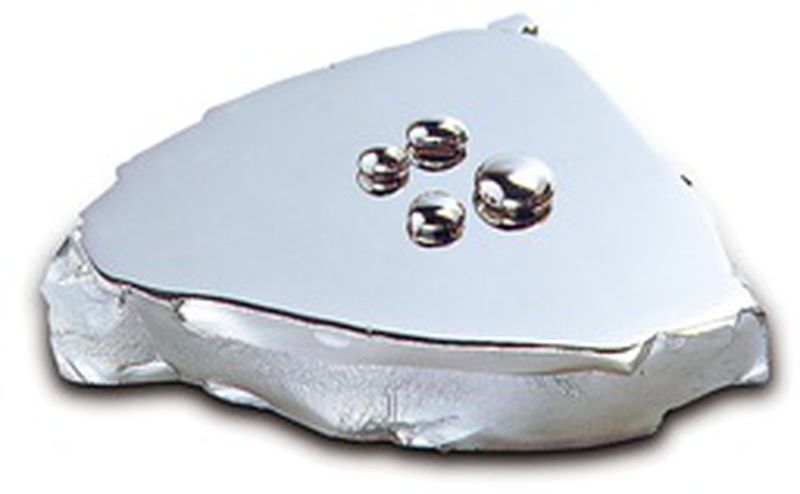 Apple acquired the rights to Liquidmetal's amorphous metal alloys in August 2010 after having tested the material in the iPhone 3G SIM eject tool. But broader use of Liquidmetal's alloys, which offer improvements in strength and durability over current alloys while proving easy to cast into complex shapes, is likely several years off.

Nothing to see here, it's just Apple blocking others in the market from innovating further.


Others had Apple's opportunities.

DavidTheExpert
Terminator 2.... I hope future iPhones will shatter into a bunch of droplets when you drop them, and then reform themselves when the pieces mold back together.
Rating: 20 Votes

lol I love how this image has devolved from being well-liked to becoming possibly the biggest downvote magnet on this site
Rating: 7 Votes

I hate to tell you this, however, it is. The glass in your windows is also liquid.


Glass is not a liquid or a solid, it is an amorphous non-crystalline solid.
Rating: 6 Votes

Giuly
iPhone SIM Eject Tool - the most advanced of its kind, yet. :rolleyes:
Rating: 6 Votes

I hate to tell you this, however, it is. The glass in your windows is also liquid.

Far less expensive to inject liquid metal into a mold than to cnc machine a block of metal.

So - what will be seen- in theory - is lower prices (ha ha) or more Apple profit.

Santabean2000
Def some excitIng possibilities here. Looking forward to what they decide to push through.
Rating: 5 Votes

If this didn't have the cool name "Liquid Metal" would we even pay any attention to it? I mean this has been used as a sim ejection tool and that is it so far. And it was only used then just so Apple could check it out.

Yes it allows somewhat harder metals. But even the aluminum Apple uses now has so far been hard enough for most purposes. And that is a really soft metal. I'm not really sure if there is anything to see here.


Amorphic metal has been a goal of manufacturers for decades if not longer. Metal tends to fail where crystals intersect. If you cool a metal down fast enough, metals don't form crystals. The problem is, even if you drop molten metal into liquid nitrogen, the outside cools fast enough to be amorphic, however, the inside remains flawed. The only solution before Liquid Metal was to make very thin strips of laminated metal, then glue them together. (This was suboptimal.)

Liquid Metal is one of the coolest inventions in the last 100 years. I hope they can get the production speed up to something useful. (I would be willing to bet, production speed is the reason Apple has not used them for anything significant yet.)
Rating: 4 Votes