With many hoping that Apple will undertake a significant redesign effort for the next-generation iPhone, scattered claims have fueled speculation that Apple might base the design on amorphous metal alloys from Liquidmetal Technologies. Apple acquired exclusive rights to Liquidmetal's technologies for use in consumer electronics back in 2010, but so far as used the metal only in the iPhone 3G SIM removal tool.

Atakan Peker, one of the inventors of Liquidmetal alloys, reports in a new interview with Business Insider that Apple is unlikely to use the alloys as a major component for at least two to four years. The company may find uses for Liquidmetal alloys in minor capacities before that time, as it did with the SIM removal tool, but mass production on the scale needed for full device casings is still some time off.

Q: I've heard rumors that future MacBooks from Apple could use Liquidmetal casing, what would that be like? Is it likely to happen?

A: Given the size of MacBook and scale of Apple products, I think it's unlikely that Liquidmetal casing will be used in MacBooks in the near term. It's more likely in the form of small component such as a hinge or bracket. A MacBook casing, such as a unibody, will take two to four more years to implement.

While Peker does not have direct knowledge of Apple's plans for Liquidmetal alloys, he does expect that the company will seek to make a major impact with it and to use it in a breakthrough product down the road. In Peker's view, Apple will likely take advantage of the alloys' strength and durability, as well as the ease with which they can be cast into complex shapes, to bring a unique product to the market.

I guess maybe I'm confused or just don't fully understand the benefits of Liquidmetal, but what's the big deal about this? The current batch of Apple products all seem pretty solid. Both my iPhone 4S and iPad 2 have taken drops to hard floors and came away with barely a scratch. What are the benefits of switching from the current materials to Liquidmetal?


Extreme bounciness. Not only will you have to pick up your damaged iPhone, you will have to chase it down the street!
Score: 27 Votes (Like | Disagree)

Inakto
Phew! Disaster averted.... For now. :cool:ILL BE BACK
Score: 21 Votes (Like | Disagree)

So... Skynet gets put off a few more years?

gregwyattjr
So the MacBook is too big for the material? Okay... what about the iPhone??
Score: 19 Votes (Like | Disagree)

So... Skynet gets put off a few more years?


I think it's too late for that 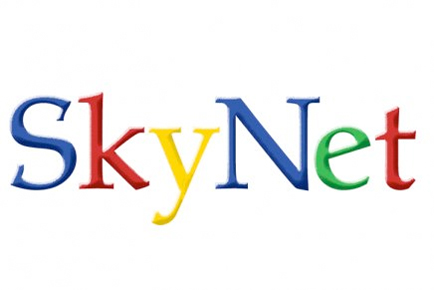 I guess maybe I'm confused or just don't fully understand the benefits of Liquidmetal, but what's the big deal about this? The current batch of Apple products all seem pretty solid. Both my iPhone 4S and iPad 2 have taken drops to hard floors and came away with barely a scratch. What are the benefits of switching from the current materials to Liquidmetal?

Saturday March 6, 2021 7:33 am PST by Joe Rossignol
Apple on late Friday evening added a "while supplies last" notice to its iMac Pro product page worldwide, and removed all upgrade options for the computer, leaving only the standard configuration available to order for now. We've since confirmed with Apple that when supplies run out, the iMac Pro will no longer be available whatsoever. Apple says the latest 27-inch iMac introduced in August...
Read Full Article • 387 comments

Monday March 8, 2021 2:25 am PST by Sami Fathi
Apple will hold its first event of the year on March 23, according to information provided by a reputable Chinese leaker (via DuanRui). Apple is expected to launch AirTags, new iPads, and possibly updated AirPods at a spring event, and leaker "Kang" believes that date will be March 23. Initial speculation pointed to an event happening on March 16; however, Bloomberg's Mark Gurman shot down...
Read Full Article • 153 comments

Friday March 5, 2021 9:53 am PST by Joe Rossignol
Initially filed in 2016, a class action lawsuit that accuses Apple of violating the Magnusson-Moss Warranty Act, Song-Beverly Consumer Warranty Act, and other U.S. laws by providing customers with refurbished replacement devices is set to proceed to trial August 16, according to a notice this week from law firm Hagens Berman Sobol Shapiro LLP. Apple's repair terms and conditions state that,...
Read Full Article • 209 comments

Monday March 8, 2021 10:01 am PST by Juli Clover
Apple today released iOS and iPadOS 14.4.1, minor security updates that comes more than a month after the release of the iOS 14.4 update. The iOS and iPadOS 14.4.1 updates can be downloaded for free and the software is available on all eligible devices over-the-air in the Settings app. To access the new software, go to Settings > General > Software Update. According to Apple's release...
Read Full Article • 54 comments

Sunday March 7, 2021 9:34 am PST by Joe Rossignol
In a research note shared with MacRumors, analyst Ming-Chi Kuo today predicted that Apple will release augmented reality "contact lenses" in the 2030s. Kuo said the lenses will bring electronics from the era of "visible computing" to "invisible computing." Mojo Vision smart contact lens Kuo said the lenses are "unlikely to have independent computing power and storage," suggesting that they...
Read Full Article • 204 comments