In line with its Creative Suite 6 announcement from earlier this week, Adobe today launched its Creative Cloud subscription service. As part of the Creative Cloud debut, Adobe has also publicly debuted Muse, a subscription-based website creation package that allow users to easily create websites without needing to know HTML. Muse has been in public beta since last August.

- Access to download and install all CS6 applications, new HTML5 desktop products – Adobe Muse and Adobe Edge preview – and integration with Adobe Touch Apps
- Easy storage and sharing of content across desktop, mobile devices and the cloud
- Integrated website publishing and hosting
- Ongoing innovation that provides members with the most up-to-date products and services 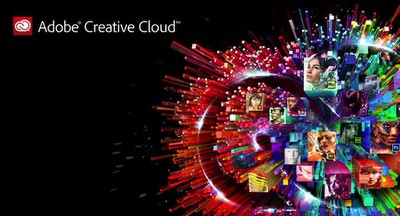 Proto is a protoyping tool that allows users to create wireframes of websites and apps right on their iPads using touch gestures, while Collage is a mood board app allowing users to combine images, video, and text to help define creative concepts and share them with others. Adobe has also updated its existing Photoshop Touch [App Store] and Ideas [App Store].

All four iOS apps, which are priced at $9.99 each, integrate with the new Creative Cloud services, including the free level of support which offers 2 GB of cloud-based file storage to allow for syncing of documents across applications.

Jessica Lares
You guys whine too much. You can pay for Netflix, Spotify/Rdio/and probably spend like $10+ a month on iPhone/iPad apps, yet you aren't willing to pay $50 a month for a suite of apps with cloud storage included? Are you kidding me?

I really like the way Adobe is headed. Paying $600 a year is justifiable when you'll never have to worry about paying for a CS update ever again. Even better that I'm a student and only have to pay $360 a year. My tuition is much, much more expensive than that and I use Photoshop, InDesign, Dreamweaver, Illustrator, and After Effects extensively. This is a great deal and I'll finally feel much better about myself since I'm finally giving money to a company that I've been pirating applications from for the last 15 years.
Score: 5 Votes (Like | Disagree)

supertonic
Very disappointed with Adobe! :mad:
They announced Photoshop CS5.5 & Illustrator CS5.5 & Flash Pro CS5.5 have
security vulnerabilities & they expect people to pay for the security updates.
You gotta pay for CS6 versions to get the security fix! :mad:

cateye
A year's worth of access to Adobe's entire software library for basically 1/4 of what I bring in on an average job? Done and done. Seriously, if some of you think this is in any way expensive, you need to revisit your business model. I pay more per year on ink for my proofing printers.
Score: 4 Votes (Like | Disagree)

Oh, so Adobe software wasn't slow enough. Now they're going to throttle it through network bandwidth to make it even slower. Great. Count me out.

It is just a different way to buy the software. You still download it and run it locally.
Score: 4 Votes (Like | Disagree)

knewsom
All you naysayers are nuts. This is a phenomenal deal, especially since Adobe has switched to a yearly upgrade cycle. I've already taken the leap. Goodbye FCP, Hello PP.
Score: 3 Votes (Like | Disagree)

doug in albq
In recent years it has become quite trendy to whine about anything Adobe-related.

This started precisely when Steve Jobs started hating on Adobe.

Ironic, because Mac used to be THE platform for most creative professionals, and still is, but not as much as in the past.

I am not a huge fan of the subscription model, instead choosing to upgrade every other major CS release.

It does sort of suck that no other software company can create anything that even comes close to the Adobe suite of products.

Pixelmator--give me a break, not even close and never will be, and that is just a photoshop competitor. What about all the other apps?

If one does not use Adobe products, one is most likely not a creative professional.
Score: 3 Votes (Like | Disagree)
Read All Comments