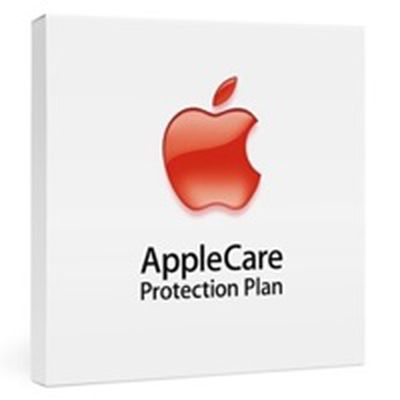 Last year, Apple was fined $1.2 million in Italy over how the company advertises its warranty to customers. Italy's antitrust regulators ruled that Apple has not been providing adequate disclosures about the two free years of product warranty assistance required under Italian law, while also pushing customers to purchase AppleCare extended warranties without disclosing that many of the benefits overlap the standard warranty.

As pointed out by @setteBIT, Apple has lost its appeal [Google Translate] in the case. There will be a followup hearing on May 9th. In the meantime, Apple will have to pay €900,000 fine previously assessed by the Italian antitrust authority.

Apple added disclosures to its Italian online store to address the court's concerns, after the initial ruling. It's unclear if those will be returning as part of the appeals court's decision.

This comes on the heels of a series of letters sent earlier this week to European Union regulators from consumers groups in 11 countries asking for action against Apple regarding its warranty practices.

How? If this is standard warranty law in Italy why is it Apple's job to make sure the public knows all of this? Isn't that part of their government's job?


It's good because Apple was deliberately playing on peoples lack of understanding of the law and trying to sell them a service that was useless to them.
Score: 19 Votes (Like | Disagree)

bigjobby
This could set a legal precedence for other parts of Europe and how electrical goods generally are sold in other retail stores. Should be interesting to (hopefully) clarify some consumer rights issues and raise awareness.
Score: 13 Votes (Like | Disagree)

thundersteele
Applecare provides more support (and for a longer period) than italian and other european mandatory warranties demand. Apple can continue to sell AppleCare, including phone support and excellent service.

What Apple is not allowed to do is to promote AppleCare by saying that there is only one year of limited warranty on new products! This is what they were fined for.

The ruling is good for consumer protection in Europe. This will also apply to HP, Dell, and other US manufacturers (most Asian manufacturers already give 2 years of warranty in europe!).


There are also reports that when some customers in those parts of the European Union that are covered by this law tried to have their machines looked at for warranty repairs more than 12 months after purchase but less than 24 months, Apple refused to honour their legal obligations. It is this point that is the most worrying with regard to Apple's behaviour and for this reason alone I welcome the ruling and hope that Apple is brought to task to honour such obligations.


Just as a side remark, the mandatory warranty is different from what AppleCare offers:
a) The vendor is responsible/liable, not the manufacturer. So those who didn't buy directly from Apple have to go elsewhere to get their repairs
b) If the device is older than 6 month, the consumer has to prove that it is a manufacturing defect, and not something that broke later
c) Service centers will not provide service, unless the device was bought there
d) You actually have to bring in the device to some apple store, since there is no phone support

Point b) can be used to reject most claims without violating any laws. It is very hard for a layman to prove that a defect was there originally.
Score: 3 Votes (Like | Disagree)

SlugBlanket
It's almost akin to the mis-selling of Payment Protection Insurance schemes for credit cards that were so prevalent over here in the UK, where banks pushed this on customers who didn't need it or ask for it. Many banks have had to put aside billions to cover the resultant miss-selling occurances.

If Apple had stated where this law applies (primarily European Community) that customers purchases were warranted for the first 2 years but they had the option of extending it for an additional year at a cost, then there would be no problem.

In Apple's defence, Applecare in addition to extending the warranty also provides for telephone support which is not mandated under European Law. Some would question the value of that telephone support given that most people wouldn't use it and if they did, is it worth what Apple is charging?

There are also reports that when some customers in those parts of the European Union that are covered by this law tried to have their machines looked at for warranty repairs more than 12 months after purchase but less than 24 months, Apple refused to honour their legal obligations. It is this point that is the most worrying with regard to Apple's behaviour and for this reason alone I welcome the ruling and hope that Apple is brought to task to honour such obligations.

As an aside, if a customer purchases an Apple computer under the UK Education scheme, Apple implements an automatic standard 3 year warranty which includes Applecare on the product. I was made aware of this by this (https://forums.macrumors.com/showthread.php?t=1103022&highlight=education) thread on these forums.

Like many others I was prepared to purchase Applecare at the point of ordering until I read that thread. I can confirm the accuracy of the information as my MBP has an attached 3 year Applecare contract. There are others in my extended family that were not aware of this, and at point of sale (under the Education scheme) were not told of this even though they paid the additional cost of the Applecare scheme. At the very least they should have been made aware of this by the system after purchase at some point.

If Apple are able to sell machines under the UK Education scheme at a discount of up to 17% (the University discount I was quoted for a 6 core Mac Pro last year) and also include 3 years Applecare at no additional cost, it should not be a problem for them to at least inform where appropriate that a 2 year warranty for parts (not Applecare) already exists.

Apple are not obligated to ensure customers know all their statutory rights but they should be reticent to not "push" products that offer arguable value over those rights. As an Industry leader they should have industry leading ethics as good as their products which are exceptional.
Score: 3 Votes (Like | Disagree)

TheAustrianGuy
You need to be familiar with EU law to understand this.

While the term "Garantie" stands for the warranty the manufacturer gives you, the term "Gewaehrleistung" means that whoever sells something has to make sure whatever he sells you is OK at the time of the sale for a period of 2 years for movable goods, and 3 years for fixed goods (floor, windows,...).

This is where it gets tricky.
If a defect shows up within the first 6 months after the sale, the law says that the defect has been there all along, and the seller has to either repair or replace what he sold you.
However, if a defect shows up after the first 6 months have passed (you as consumer are still well within the 2-year period then!), the consumer has to prove to the seller that the defect HAD BEEN THERE AT THE TIME OF SALE.
This is virtually impossible to prove in the most cases. How should you as a consumer prove that the TV set that stopped working stopped working because of a defect that had been there since the beginning?

Long story short:
If for example an iPad or a MacBook fails after 7 months, under EU law, you would have to prove to the seller that the defect had been there all along, which in most cases is not possible. So the seller can send you away without offering help without violating any laws.
But Apple will repair the iPad or MacBook, because it's still within the 12 months manufacturer's warranty. If you have AppleCare, it would be 24 months (iPad) or 36 months (MacBook) of Apple warranty.

The problem is most people (almost all of them) don't get the difference between "Garantie" and "Gewaehrleistung" (in some languages, there are not even two different words for the two different concepts), and think Apple gouges them by selling them AppleCare.
But in fact Apple doesn't. (Which shouldn't mean Apple's standard warranty period of 12 months is enough - in fact, it's laughable and a shame).
Score: 2 Votes (Like | Disagree)

Husky1992
If you want to sell something in italy you MUST guarantee a 24 month warranty, it doesn' t matter how good is apple's 12 month warranty. Do you guys in the US have only a 12 month warranty?
Score: 2 Votes (Like | Disagree)
Read All Comments