One of the hallmarks of Steve Jobs' career was his attention to detail, particularly in areas of design, whether it be from an aesthetic or functional point of view. The New York Times takes a look at how Jobs influenced the design of computers and other consumer electronics, turning what had been utilitarian appliances into works of art with strong aesthetic appeal. Apple's product designs, spearheaded by Jobs and Jony Ive, are regarded so highly for their aesthetics that a number of them have been included in museums of design and modern art.

Mr. Jobs “had an exceptional eye for design, and not just an eye, but an intelligence for design,” [senior curator at New York's Museum of Modern Art Paola] Antonelli said. “We don’t talk just about the looks, but how objects communicate: The specific shape, how it feels in the hand, under the fingers, how you read it in the eye and the mind. This is what Steve cared passionately about.” 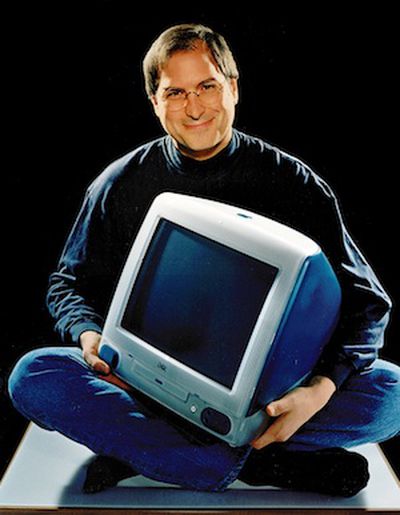 The report makes reference to comments Jobs made to Fortune back in 2000, an interview which made clear his drive to bring good design to Apple's products.

“We don’t have good language to talk about this kind of thing,” Mr. Jobs replied. “In most people’s vocabularies, design means veneer. It’s interior decorating. It’s the fabric of the curtains and the sofa. But to me, nothing could be further from the meaning of design. Design is the fundamental soul of a man-made creation that ends up expressing itself in successive outer layers of the product or service. The iMac is not just the color or translucence or the shape of the shell. The essence of the iMac is to be the finest possible consumer computer in which each element plays together. ... That is the furthest thing from veneer. It was at the core of the product the day we started. This is what customers pay us for — to sweat all these details so it’s easy and pleasant for them to use our computers. We’re supposed to be really good at this. That doesn’t mean we don’t listen to customers, but it’s hard for them to tell you what they want when they’ve never seen anything remotely like it.”

And while Jobs will no longer be a part of the Apple design process, it's clear that he helped chart out a course for Apple's future that will see consumers still reaping the rewards of his attention to detail years into the future. Yesterday, we noted that Jobs was reportedly actively involved in overseeing development of the next-generation iPhone even as the iPhone 4S is yet to make its way into customers' hands. And the Daily Mail reports that Jobs is claimed to have left behind four years' worth of product plans across Apple's product lines, leaving the company well-stocked as it looks toward the future.

He has also been overseeing the development of the delayed iCloud project, which will allow Apple users to store their music, photos and other documents remotely and masterminding updated versions of the iPod, iPad, iPhone and MacBooks, ensuring at least four years’ worth of products are in the pipeline, according to Apple sources.

Those designs will obviously have to evolve to respond to the changing technological and competitive landscape, but it is clear that Jobs was looking toward the future up until the very end, leaving behind a legacy of focus on design and a company culture infused with the ideals to carry that legacy forward into the future.

I find that very hard to believe, considering the fast-changing nature of the tech industry.


Apple's the one that changes it.
Score: 38 Votes (Like | Disagree)

Oh my, time for marketing propaganda!


Oh my, what pathetic cluelessness.
Score: 36 Votes (Like | Disagree)

FattyMembrane
Just watched his keynote at the '97 WWDC yesterday and it almost makes me think there could be 10 years of plans in the pipe line. Early on, he basically lays out iCloud and the MacBook Air. My impression is that things like iPod and iPhone spent less time between concept and reality, but he clearly had an idea of where the hardware and storage were moving a full decade in advance.

adztaylor
Oh how I would love to know what these plans entail.
Score: 11 Votes (Like | Disagree)
Read All Comments