About That Tapered iPhone 5 Design…

Yesterday, Apple released their next generation iPhone called the iPhone 4S. Some were understandably disappointed that the rumored tapered "iPhone 5" design (shown below) was not released. 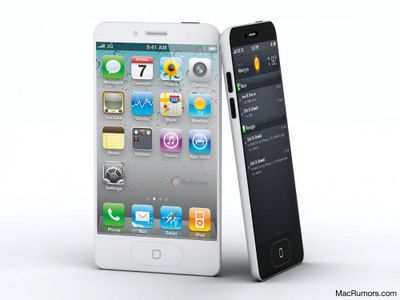 The design was first revealed back in April, but gained more traction after cases started appearing from various Chinese accessory manufacturers in June. In fact, we heard that many of these suppliers were 100% confident that this would be the new iPhone design. So much so that large distributors were offering money back guarantees to retailers that these cases were correct. This, of course, led to a proliferation of cases into retailers as well. As the media event approached, however, there was no real evidence that Apple was actually producing this design.

One report suggested that a lost Apple prototype from a Foxconn factory was the source of the case designs. This is a story we're inclined to believe. We had heard that this design is an actual Apple prototype that was in development, and not just a product of someone's wild imagination.

So, there is some hope that we will ultimately see the design in the future, though it's also possible that this exact design will never make its way to production. This scenario has happened before, where case makers jump the gun based on a leaked prototype. Most notably, back in 2009, case makers started producing cases for a then-unreleased iPod touch with camera. A prototype of exactly such a device was also leaked. Apple, however, released a camera-less iPod touch in 2009, and waited until 2010 to release one with a further redesigned camera. So that 2009 prototype never made it into production, but was verified to be legitimate.

The "iPhone 5" moniker will also have to wait until the next iPhone's release. At this point, Apple seems to have established a pattern for their iPhone releases with external design changes seemingly scheduled every two generations (Original iPhone, 3G, 3GS, 4, 4S). We've heard nothing about when the next generation iPhone will arrive, but if we had to guess, we'd think Apple would stick to a late fall schedule again in 2012.

Jibbajabba
Don't mention any dates like 'fall 2012' Christ. People will start moaning about the new release date January onwards, threaten to move to Android, then moan some more about delays and so on. crazy
Score: 26 Votes (Like | Disagree)

dethmaShine
I don't know if Apple will face a blow because of a '4S' or not.

All I am disappointed with is a new form factor. But apart from that, everything else is just so godamn awesome.

I think all these blogs/rumour sites and all of us were responsible for our own discontentment. Apple is not. Apple may have taken a longer time for this new iPhone but delays happen; and its not the first time Apple has changed the duration or start-time of their product cycle. We received the new Macbook Airs just recently. They were supposed to be release in September - November but were released in the June-July time frame. So did the MacbookPros, etc.

Apple has done a lot of work in the last few quarters: iOS 5, iCloud, iPad, MacMinis, MacbookPros, iMacs, MacbookAirs, etc.
I think we were expecting too much out of Apple this time. As others have said, changing an already powerful and awesome design just for the sake of it is bad product development, engineering and foresight. iPhone4 is a great phone and still beats the **** out of recent Android and WindowsPhones.

I think if people look beyond a new form factor, they could see something great about this new iPhone.
Score: 23 Votes (Like | Disagree)

MR and many other sites just overblown this silly rumor and people just had high expectations of something that would never happen in the first place.
It's understandable sites are feeding on this stuff because generate traffic and $ but it just went too far. Now we have to deal with hundreds of disgruntled kids that rather die than buy an iPhone 4S. :D
Score: 15 Votes (Like | Disagree)

I would expect the next iPhone to be called iPhone 6. If history is a guide.

EDIT: nevermind. next iPhone will be called iPhone Nano. ;)
Score: 11 Votes (Like | Disagree)
Read All Comments