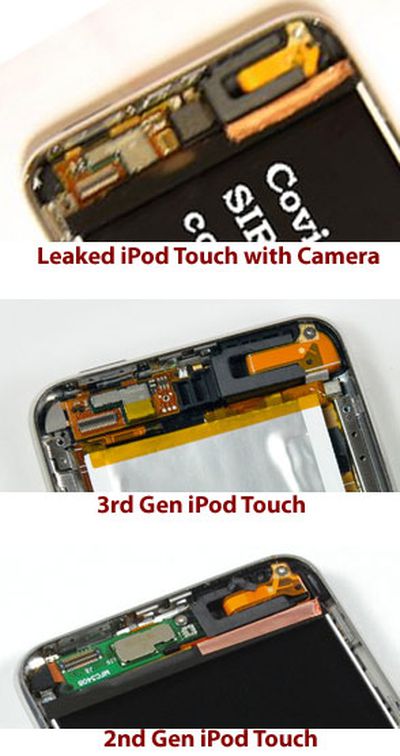 Top image from Covino & Rich, Other Images from iFixit
While there has been an ongoing belief that Apple was indeed planning a camera module in the latest iPod touch, one reader has found the most convincing proof when comparing the iFixit teardown of the new iPod touch with the previously leaked images of an iPod touch with camera.

It's not entirely clear why the camera was dropped from the iPod touch, though rumors suggest Apple is still interested in adding a camera to the device.
[ 170 comments ]