TechCrunch now claims that they too have heard evidence that the next generation iPod Touch will have a built in video camera.

One of our sources in Asia say that Apple has placed an order for a massive number of camera modules of the type that they include in the iPhone. These are inexpensive cameras, in the $10 range. And the size of the order, our source says, means they can only be used for one thing - the iPods.

The rumor that the iPod Touch would get a camera first appeared in May from HardMac. The rumor, however, now makes more sense since the introduction of the iPhone 3GS which features video as a major new feature. When Apple does update the new iPod Touch, it seems likely that they will also upgrade the device to the more powerful processor and graphics chips that were introduced in the iPhone 3GS. 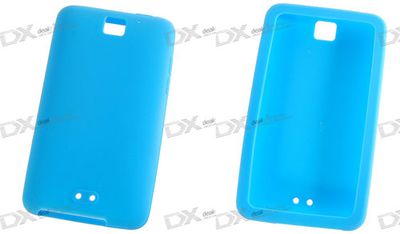 The next generation iPod Touch is expected to be released in September.
Outcome: The iPod Touch released in September of 2009 did not have a camera, but it was clear that Apple was working on a version of the iPod touch with camera during this time, but simply didn't release it this year.
Tags: techcrunch.com, Case Designs
Related Forum: iPod touch and iPod
[ 63 comments ]