But they also claim that this new iPhone 5 design is seeing design and production delays so there may be shortages into 2012:

It appears that the tear-drop shaped iPhone 5 with larger screen and thinner, rounder body is seeing continued design and production delays, at least on one assembly line (Apple has multiple production sources – Pegatron, Foxconn, etc). We therefore think that iPhone 5 will be delayed slightly at the very least and may see shortages all the way into 2012.

Apple is expected to hold a media event announcing the iPhone 5 later this month, but has been known to pre-announce products that won't be available for some period of time. Most recently, Apple's Thunderbolt Display was announced to be delivered "within 60 days". With the iPhone, Apple will certainly try to minimize that delay in order to avoid suppressing sales during the holiday quarter. To be clear, the iPhone 5 announcement may still be "weeks away", but availability and stock of the iPhone 5 may be limited to start, if this rumor is to be believed.

Apple's annual iPhone announcement is already much later in the year than usual. In the past 4 years, Apple has launched a new iPhone in the summer, while this year's launch has still not been officially confirmed.

It's your subjective opinion. Please state it as such and not as an objective fact, otherwise it looks like you're preaching some kind of gospel and it's annoying to people who aren't as "into" Apple as you might be. And it's 2 models of iPhone, not 1. And if there was 20 iPhone models, I'd doubt the numbers would be much different. People buy the iPhone despite it being 1 model. With Android there's choice and competition and thus people are more free to get what they want in a handset.

Apple introducing more iPhone models would canabilize and diversify the iPhone landscape, they wouldn't suddenly take over the world and have 99% market share.


I don't believe that Android's sales are driven by people looking at its features, its openness and making a choice... They're available on EVERY carrier at EVERY price point starting at free... Not to mention that there are many many many many models...

When the average person buys an Android phone they're thinking "Its like an iPhone but..." Fill in the end... Its cheaper, its on Sprint, its on sale with a buy one get one...

I'm not saying that Android is a bad OS... Its actually good... But educated consumer choice isn't the driving factor that is giving it its sales numbers. Its price, availability and market saturation.
Rating: 14 Votes

MetalMoon
Good things come to those who wait. If your that impatient, go buy that droid bonic thingy.
Rating: 13 Votes

No! No! No! No! This cannot be happening!!!!!! My obsession over this phone is not healthy! Apple for the sake of my sanity and many others, announce it please!!! I beg of you!!! Stop doing this to us!


Apple isn't doing this to you. Rumor sites are.
Rating: 12 Votes

Can someone explain to us why it's referred to as teardrop shaped if in fact it is wedge shaped?

Yes, it's a wedge with rounded corners, but I don't recall seeing any mockups that show it to curve along its length.
Rating: 11 Votes

PinkâFloyd
This is typical, it'll be ready when it's ready :)
Rating: 10 Votes

The artist rendition will look nothing like the real iPhone 5.

The lack of symmetry between the top and the bottom of the screen looks terrible. Those bands need to be the same vertical height.

"Ugly and boxy, Apple would never do that!"
"There's gaps on the side, and they're asymetrical, looks terrible".

"Awesome, best iPhone yet, kinda like a monolith from 2001"
"The antena on the side is awesome, makes it look real industrial like".

Who cares about a new iPhone - Apple needs to sort out the Lion bugs, Lion Keynote and Final Cut Pro x


Why come into a rumor post specifically about the iPhone when there are 100 other appropriate posts and forums for you to complain about Lion in?
Rating: 9 Votes


What exactly are you sick of?

and who are you threatening by getting a GalaxyS phone, its a great phone and a good choice for someone who doesn't want/can't be patient enough for an iPhone.
Rating: 9 Votes

Please get it fixed!! I want a new phone. My 4 drops too many calls! 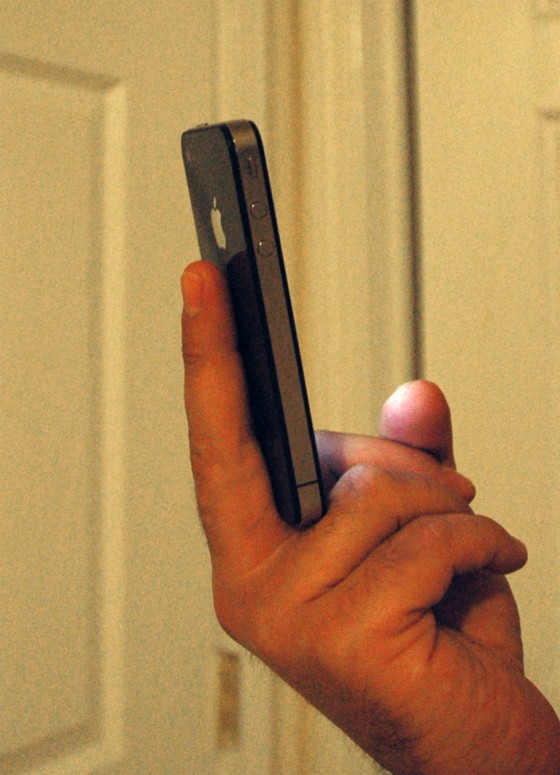