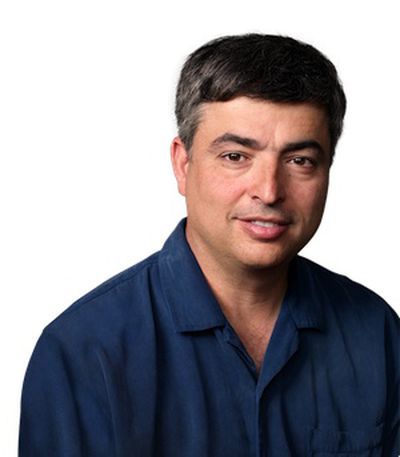 Just yesterday, we noted that Eddy Cue, Apple's vice president for Internet services, had been responding to customer emails redirected to him via Tim Cook. 9 to 5 Mac now notes that Cue has been officially promoted to a senior vice president position, reporting directly to Cook.

Cue has already received his own page on Apple's list of senior executives, which now includes nine senior vice presidents under Cook. From an internal Apple email sent by Tim Cook:

It is my pleasure to announce the promotion of Eddy Cue to Senior Vice President of Internet Software and Services. Eddy will report to me and will serve on Apple’s executive management team.

Eddy oversees Apple’s industry-leading content stores including the iTunes Store, the revolutionary App Store and the iBookstore, as well as iAd and Apple’s innovative iCloud services. He is a 22-year Apple veteran and leads a large organization of amazing people. He played a major role in creating the Apple online store in 1998, the iTunes Music Store in 2003 and the App Store in 2008.

Apple is a company and culture unlike any other in the world and leaders like Eddy get that. Apple is in their blood. Eddy and the entire executive management team are dedicated to making the best products in the world that delight our customers and make our employees incredibly proud of what they do.

Please join me in congratulating Eddy on this significant and well-deserved promotion. I have worked with Eddy for many years and look forward to working with him even closer in the future.

In addition to overseeing the iTunes Store, App Store, iBookstore, and iCloud, Cue will also take over leadership of the iAd mobile advertising group at Apple. iAd had been led by Quattro Wireless founder Andy Miller, who came to the company with Apple's acquisition of Quattro last year. It was revealed several weeks ago that Miller is leaving Apple to take a position with a venture capital firm.

Cue's promotion may be the first move in a reshuffling of Apple's leadership following Tim Cook's ascension to the CEO position. There has been speculation about what Apple might do to fill the currently-vacant Chief Operating Officer position previously held by Cook, and Ron Johnson's position as senior vice president for retail will soon be vacant as he leaves to take the CEO position at department store chain J.C. Penney.

machpost
I wonder if he has a daughter named Barbie.
Score: 4 Votes (Like | Disagree)

Eduardo1971
With this promotion he should consult with a hairstylist.
:o
Score: 4 Votes (Like | Disagree)

noahhendrix
Doesn't seem that interesting that he is "placed directly next to CEO Tim Cook" when the list is in alphabetical order by last name.
Score: 4 Votes (Like | Disagree)

Friday May 20, 2022 6:50 am PDT by Joe Rossignol
Earlier this week, The Information's Wayne Ma outlined struggles that Apple has faced during the development of its long-rumored AR/VR headset. Now, in a follow-up report, he has shared several additional details about the wearable device. Apple headset render created by Ian Zelbo based on The Information reporting For starters, one of the headset's marquee features is said to be lifelike...
Read Full Article • 132 comments