Yesterday, we noted that new Apple CEO Tim Cook has been taking time to respond to the many emails coming his way congratulating him on his new position, wondering if he might follow the precedent of Steve Jobs and be willing to engage directly with customers via email as the contacts turned more toward questions and complaints than pleasantries. 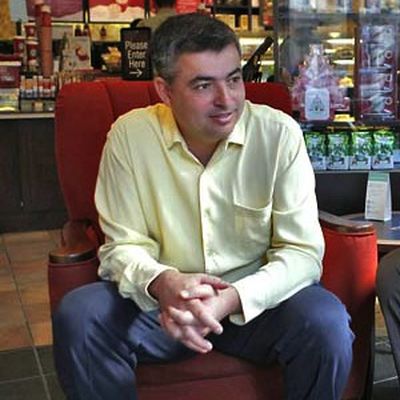 Apple's Eddy Cue (Source: Deanne Fitzmaurice/San Francisco Chronicle)
Evidence of Cook's engagement in addressing more substantial issues comes today by way of a report from iPhoneinCanada.ca noting that Apple is planning on bringing its iTunes Match service to Canadian customers "shortly". The revelation came after a customer emailed Tim Cook, who apparently forwarded the question to Apple's vice president for Internet services, Eddy Cue. Cue quickly responded to the customer, sharing the news that Apple is working hard on bringing the service to Canada.

We’re working on adding Canada and hope to do so shortly after the US launch.

The news is certainly welcome for Apple's Canadian customers, and should offer hope to users in other countries still waiting for word on the service making its way to their markets. As with any content offering from Apple, iTunes Match requires highly-localized contracts to be negotiated with the content rights holders, complicating the process of making such services available in all markets in a timely fashion.

While emails to Steve Jobs have sometimes resulted in follow-up contacts from members of Apple's support staff, it is still encouraging to see emails to Tim Cook being quickly passed along to be answered by appropriate personnel, even including other executives.

Update: Another MacRumors reader has let us know that he emailed Tim Cook to ask about iTunes Match coming to the UK, and he similarly received a reply from Eddy Cue promising that Apple is working on launching it shortly after the U.S. debut.

We're working on adding more countries and hope to add the UK shortly after the US launch.

Canada? Isn't that part of the States anyway? :p


People like you are why the world hates the US. Ignorance is truly bliss for some.
Score: 5 Votes (Like | Disagree)

RMo
This headline is misleading. It isn't (necessarily) coming to Canada "shortly"; it's coming "shortly after the US launch." While the US launch is obviously expected to be soon, I wouldn't hold my breath on Canada at the moment--we really don't know how long either will be at the moment.
Score: 4 Votes (Like | Disagree)

Shall we list all the things you can say against the US? I'm talking both jokingly and also the massive list of horrific truths.

Making fun of people because they are peaceful and laid back is just ridiculous. These joke have also been used for decades and are getting really old.

If something is all in fun then at least make it funny rather than the same old boring crap jokes.


Really, the joke that "isn't Canada a part of the states anyway?" is more of a joke on the stupidity of *some* Americans, not on Canada. It's just like those people who think Borat is a mockery of jews.
Score: 3 Votes (Like | Disagree)

I thought Canada was America's Hat:


Shall we list all the things you can say against the US? I'm talking both jokingly and also the massive list of horrific truths.

Making fun of people because they are peaceful and laid back is just ridiculous. These joke have also been used for decades and are getting really old.

If something is all in fun then at least make it funny rather than the same old boring crap jokes.
Score: 3 Votes (Like | Disagree)

Wowsers... someone had a bad day. 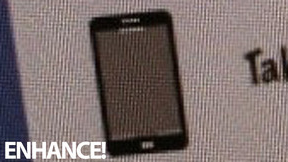 or will it support the samsung galaxy s2 xD :D
Score: 2 Votes (Like | Disagree)
Read All Comments