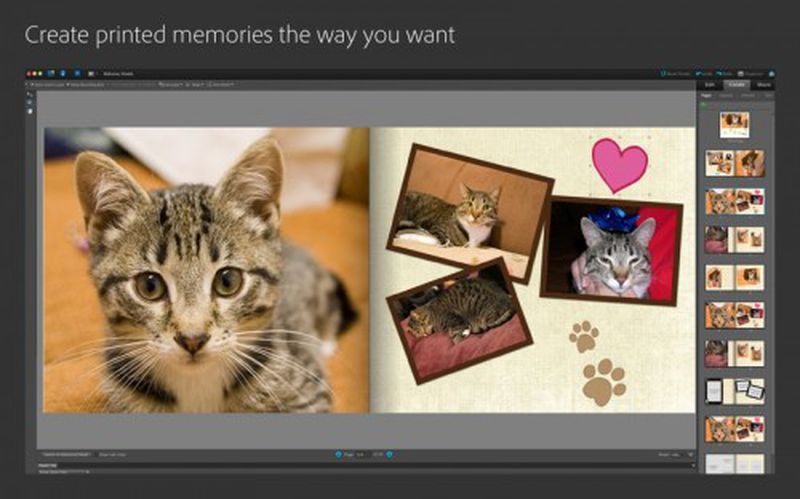 The omission of the Elements Organizer, a tool for managing images, will not affect users who depend on iPhoto to manage their image library, and is in fact designed to be used alongside iPhoto for more advanced editing features than iPhoto offers.

Apple has of course been pushing its Mac App Store as the future of software delivery for the Mac platform, going so far as to distribute its new OS X Lion exclusively through the store beginning tomorrow. While a number of other developers have embraced the Mac App Store for its ease of software distribution and consumer convenience, observers have been waiting for some of the software heavyweights like Adobe and Microsoft to make their presences felt in the marketplace.

Microsoft has also dabbled in the Mac App Store with its free Windows Phone 7 Connector, and while it may be quite some time before the software giants release their flagship Creative Suite and Office software through the Mac App Store, if they ever choose to do so, it is encouraging to see them making their first efforts at distributing content through Apple's preferred software marketplace.

farmermac
I can't imagine ms or adobe releasing their full suites. Thatd require forking over huge commissions to apple that would eat profit margins. 30% is too high for ms. They don't need that distribution channel. Just like FireWire and thunderbolt the Mac app store will remain very niche.
Rating: 5 Votes

mwayne85
Those cats are adorable! Can I buy those on the app store?:D
Rating: 4 Votes

Anyone have any experience with Elements and how it compares to Aperture 3???


Aperture's Adobe counterpart is not Elements. You're looking for Lightroom.
Rating: 4 Votes

macduke
I think Adobe is making a rather clever move here. Elements is the perfect app to test the waters of the Mac App Store. Out of all their apps, it has the widest appeal, and yet isn't their core money-maker. I can see it being fairly popular on the Mac App Store for casual everyday users who want to take things to the next level.

Elements is also a great introductory application to their flagship software such as Photoshop. I know a lot of kids and teenagers who started out on Elements on their path to becoming a designer. Even though Adobe leads the professional segment right now, getting young designers hooked on your products helps ensure a future user for your more expensive professional lines. Just like iPod Touches help ensure future iPhone users, and even Mac users to a certain extent. Marketing has many components!
Rating: 2 Votes

You're ignorance is incredible. With MAS many developers are reaching big audience without loosing money cause packaging, distribution, servers costs. THE YARE GETTING THE MONEY DIRECTLY MORE THAN BEFORE. Yes i know many devs.

Really, people like him make you sick? Why? Because he has a different opinion than you on software distribution channels? Seriously? I think you need a little perspective. And stop insulting people online since you don't have the guts to do it face-to-face.
Rating: 1 Votes

It that when you proce compare, a lot of the titles available can be gotten for less elswhere.

Some are fofered on the dev web site. Others through promos liek Maczot or Macupdatepromo packages. Some at Amazon or other big box stores.

Yes, digital convenience and immediate gratification are noce, but with Amazon Prime, I can have it in 48 hours.

I love the Mac App Store, but I feel it has to find a way other than convenience to become more competetive.

There are some great bargains on the store, just Elements is not one of them, although it is a very handy and useful application. Plus there are a plethora of other Mac image editing packages for less that do virtually the same thing. While not Adobe, they are all very good. Perhaps we should supoort the little Mac Dev before the juggernaut of Adobe unless you have a real pressing need for Adobe work flow preservation.
Rating: 1 Votes

colinwil
I'm glad that Adobe appear to have put some thought into this - producing a new version without the organizer bit instead of just releasing the standard version. The last thing we need is yet another photo organizer. The integration with iPhoto/Aperture is sweet.

Hey Adobe.... It's Called Pixelmator a company who is getting closer to the same features found in your Bloated PoC software PS.

You gotta do better then this Adobe.... but you won't and you'll be forced to strategize in a few years ....

Pixelmator is more a PSE competitor than a PS:CS5 competitor.Adobe must make sure they have a foot in the marketplace so Pixelmator doesnt steal the consumer market, but on the pro side they have nothing to worry about.. And that's where they make their real money I suspect.

Pixelmator is a million miles from PS:CS5.. And it wouldn't work in it's favour to have all of CS5's features - they aren't exactly the same audience.
Rating: 1 Votes

Do Apple really take 30% of every sale on the Mac App Store?


30% may seem like a high amount, but it does put your software in a easy to access realm with the Mac consumer. You will make more selling on the Mac App store than you will selling to a bundle distributor. Sometimes its less than pennies on the dollar with those.

You will not make as much however if you were selling from your own server I do not think.

Not a marketing,margin expert but have worked for middlemen. This is how it goes.
Rating: 1 Votes