In his introductory statement during the Q3 earnings call today, Apple CFO Peter Oppenheimer disclosed that OS X Lion will be released on the Mac App Store tomorrow, July 20.

Promotional materials have already begun appearing in a few third-party retailers around the world, and Apple's own retail stores have received hard drives containing OS X Lion so that they can update their own machines.

rwilliams
May God have mercy on their servers and the interwebs as a whole.
Score: 79 Votes (Like | Disagree)

America will be the 1st and the UK will be last thats how it always goes the UK gets stiffed always :mad:


Be nicer to your colonies next time.
Score: 23 Votes (Like | Disagree)

ECUpirate44
I'm surprised they announced it.
Score: 21 Votes (Like | Disagree)

iRobby
Mac OS X Lion Not To Be Launched! NEVER

Due to severe Windows Vista like problems Apple at the last minute decides to trash Mac OS X Lion and will release instead 4 new versions: 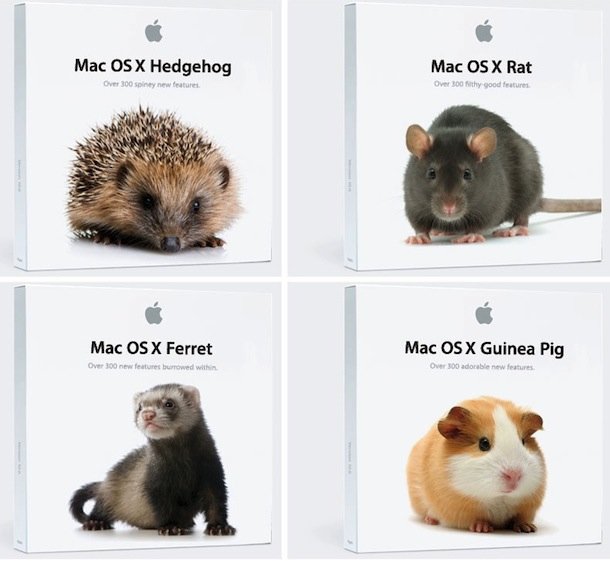 I, for one, am completely excited for the release and look forward to downloading it tomorrow. This has been such a sentimental month for me when it comes to Apple. From Final Cut X to downloadable system software, it feels just so 1999 to me.

It seems like only yesterday when I was ridiculed for ordering a "blue and white overpriced piece of crap" as my co-worker put it. The gall Apple had to release a "pro" series computer with no floppy drive. What could a user do with large (1.44Mb) files? Email them? And let's not forget USB. How ridiculous was it for Apple to use USB, an untested and expensive bus, for keyboards and mice. Speaking of "pro" applications, what about all the pro software that required a dongle to operate? No USB options there. And, duh, how could licensed software be validated without a floppy drive? Maybe Apple has never had the foresight to deal with Pro applications.

Even if the servers run slow tomorrow, or even stop working for a bit, I think that the concept of releasing a major software update via the web is just another example of Apple not moving ahead of the curve, but moving the whole effing curve.:)
Score: 20 Votes (Like | Disagree)
Read All Comments

Tuesday March 2, 2021 9:32 am PST by Hartley Charlton
Apple will retain the Lightning connector on the iPhone for the "foreseeable future," with no intention of switching to USB-C, according to reliable analyst Ming-Chi Kuo. In spite of much of the industry moving toward USB-C, Apple will not be using it to replace the Lightning connector on the iPhone 13, or indeed on any iPhone model for the time being. In a note seen by MacRumors yesterday,...
Read Full Article • 270 comments