Conde Nast to Offer In App Subscriptions for iPad 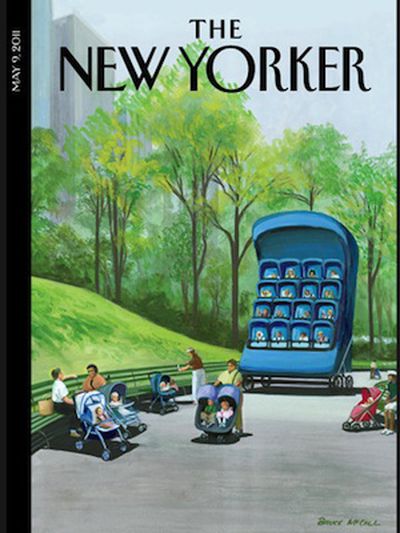 The flood of news regarding companies rolling out support for in app subscriptions for their magazine content continues today with a report from the New York Post claiming that Conde Nast is set to launch the subscriptions for eight of its titles. The New Yorker is said to be the first to gain the feature, beginning next week.

Conde is expected to make the New Yorker available next week to capitalize on coverage of Osama bin Laden's death.

But by the end of the May, Conde will have the seven other magazines that are currently selling single-copy-only editions on the iPad available via subscriptions, including Wired, Golf Digest, Glamour, Vanity Fair, Self, Allure and GQ.

As part of the rollout, Conde Nast will drop single-issue digital prices to $1.99 from the existing $3.99 and $4.99 price points, and new annual subscriptions will be priced at $19.99. Subscribers to the print editions of the eight Conde Nast magazines available on the iPad should also receive free access to the digital editions.

News of Conde Nast's decision to join the in app subscription program comes just two weeks after reports surfaced claiming that the company was seeking to slow down its plans for iPad magazines amid weak demand. But with Time Inc. testing the waters with free access to iPad editions for existing print subscribers and Hearst Corporation going all in with full subscriptions through the in app subscription system, Conde Nast has apparently come onboard in order to remain competitive, providing Apple with significant momentum for the platform.

There is no way they'll sell an annual sub to The New Yorker for $19.99. It's a weekly mag, and the print subscription is nearly $70/yr. That rate must be in reference to GQ, etc.

I doubt they'll sell many iPad subscriptions over that price.

The price of printing, distributing, etc. is HUGE. First, take off 55% (possible more) that is probably paid to the retailer and the distributor. $6 on stand = $2.70 as it leaves the presses. Then there is the whole printing expense, which is titanic. What goes to the printer is exactly the same except for file format as what would show on an iPod. $.40 an issue is steep, but it might be a good starting point to break into the market, hook customers, drag them over from expensive print-distribution-retail rungs. And next year or in two years they can slowly wham the price up and put the squeeze on the readers who stick with that rag.

I'd say 70% of the production fuss is eliminated with the end of printing and distribution of printed matter. Also, since all those ads pay for mostly printing, the money is then diverted back to pockets in the staff and the executives. It's like iPad reduces/eliminates printing, but the money paying for it still comes in from ad revenue.

An added bonus is that articles can now go on. Your anemic 64 page New Yorker could blossom to a 200pp. magazine. Or a 201pp. magazine. There are no format rules aside from the screen dimensions, kind of. Articles now trimmed to meet a page size can blather or expatiate. Adverts, instead of a set amount balanced against articles, can be dropped all over, which raises the income of magazines.

The iPad is a smart-smart-smart deal for publishers that can make it work, especially advertising based periodicals. If they all run together and tilt the market from tangible to electronic within a short time span, the publishers will win. Booksellers, printers, distributors, and news stands will lose.
Score: 3 Votes (Like | Disagree)

After all the initial bitching about Apple supposedly robbing the publishers blind or whatever, they all seem to be coming around to Apple's view. I doubt if they're going to be in any hurry to jump on the Android bandwagon if they expect to make any money at all. :D With iOS they've got a nice integrated platform to work with. I would think it's a no-brainer to work with Apple. I'm curious to see what Amazon is going to do since they seem to really want to compete with Apple.


Instead of publishers coming around Apple's view, it appears that publishers and Apple have reached a mutually satisfactory middle ground: publishers participate in the in-app subscription program and in turn they can offer free access to the digital edition to their paper subscribers. Publishers win, Apple win, readers win.
Score: 3 Votes (Like | Disagree)

bubba451
There is no way they'll sell an annual sub to The New Yorker for $19.99. It's a weekly mag, and the print subscription is nearly $70/yr. That rate must be in reference to GQ, etc.
Score: 2 Votes (Like | Disagree)

infectbda
I've been holding out on getting a print subscription to The New Yorker in hopes that they would be adding subs to the iPad app. Very glad I waited. Pricing sounds awesome.
Score: 2 Votes (Like | Disagree)

Chip NoVaMac
Now to get NYT's to give us an affordable option...

Time is on to something... but hate that I have to buy the print media to get the iPad option... just seems to such a waste as we try to go green...
Score: 1 Votes (Like | Disagree)

It sure does seem like everyone (publishers) is jumping on board at the same time doesn't it?
Score: 1 Votes (Like | Disagree)
Read All Comments