Apple's latest beta version of iOS 4.1 released earlier this week has offered the strongest evidence yet that the company is planning to roll out FaceTime video calling functionality to future non-iPhone devices based on the iOS operating system. A new option in the iOS "Contacts" application allows users to make FaceTime calls using either a phone number or an email address. This would allow FaceTime compatibility with devices not associated with a phone number such as future camera-enabled iPads and iPod touches. 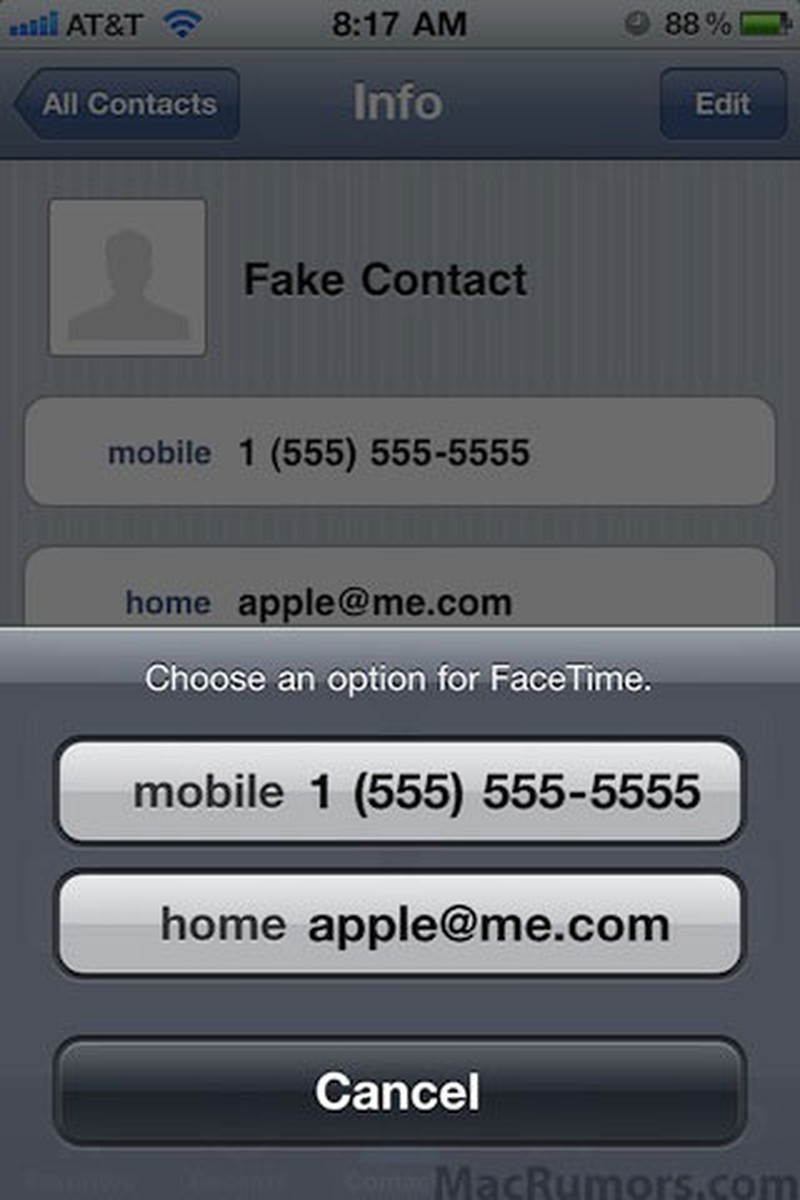 The first evidence for email address compatibility with FaceTime was unearthed last month, with alleged screenshots showing settings offering the option to associate email addresses with the FaceTime functionality.

Friday May 22, 2020 7:03 am PDT by Eric Slivka
We've been hearing quite a bit recently about Apple's long-rumored over-ear headphones, said to be called "AirPods Studio," and it looks like a launch may be coming in the relatively near future. Artist mockup based on Beats Studio3 Rumors have generally suggested a summer or fall launch for AirPods Studio, with a report earlier this week claiming that suppliers in Vietnam will begin...
Read Full Article • 82 comments