Photos and Video of iPod Touch With Camera Surface in Vietnam

Wednesday May 19, 2010 6:26 am PDT by Eric Slivka
Vietnamese site Tinhte has scored another Apple prototype, this time posting photos and videos of an iPod touch carrying a rear-facing camera. The device is a 64 GB model and carries a "DVT-1" designation, which stands for "design verification test", a typically late-stage testing model.

The prototype does not, however, appear to be a particularly new creation, as its serial number indicates that it was manufactured in June 2009. In addition, a codename of "N18" appearing on a sticker on the back of the device indicates that this is a third-generation iPod touch prototype with camera similar to one that surfaced in August 2009 just ahead of the iPod touch revision launch in September. Similar prototypes also briefly appeared on eBay late last month. 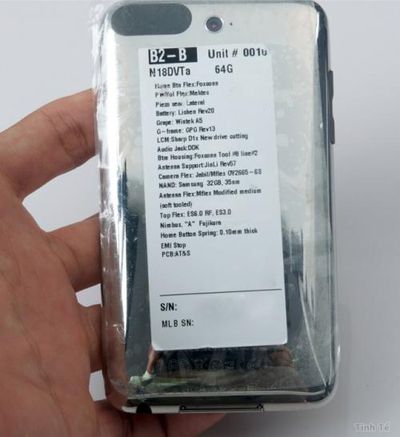 Apple is believed to have scrapped the camera from last year's iPod touch revision relatively late in the design process, but may still be planning to include one in future versions.
[ 118 comments ]