In iOS 15, Apple introduced a range of changes to its native iPhone web browser, Safari. Some of them were controversial, such as the decision to move the URL address bar to the bottom of the screen, but others were less so, and Apple eventually provided options so that users could customize the browser to suit their own preferences. 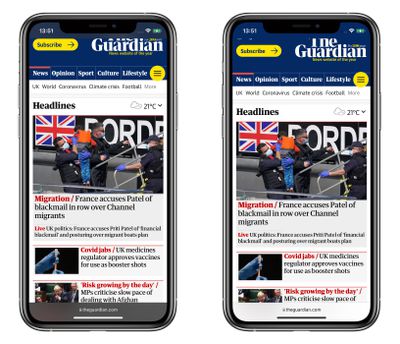 The idea behind tinting is that it allows the browser interface to fade into the background and create a more immersive experience. However, the effect doesn't sit well with everyone, and some users are positively put off by it. Fortunately, Apple chose to include an option to turn it off.

In previous versions of iOS, Apple included a "Show Color in Tab Bar" accessibility setting, which basically had the same effect as the new "Allow Website Tinting" toggle. This suggests Apple wanted to make the option more widely known to users, presumably because the aversion to tinting is more common than previously thought.