Last week we explained how you can use a simple Terminal command to insert spaces in your macOS Dock and visibly group together app icons. In this article, we're going to highlight another simple Terminal hack that turns the Dock into more of a straightforward app switcher by making it display only apps that are currently running on your Mac. 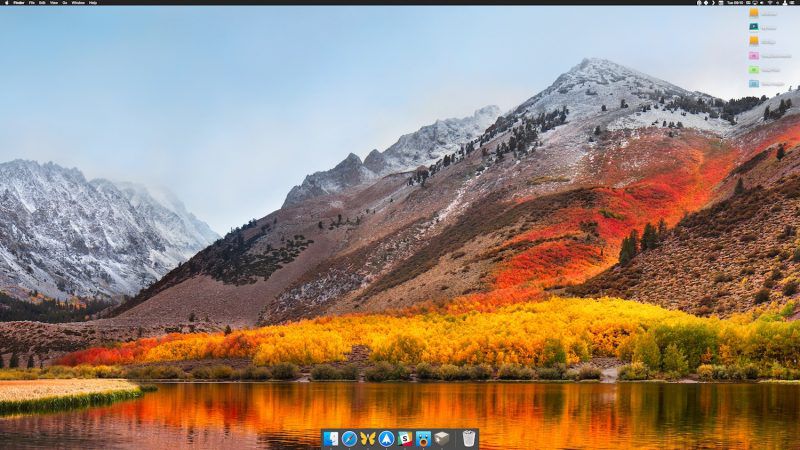 Seeing only active apps at the bottom of your desktop can be a refreshing change if your Dock has become cluttered with various app shortcuts over time, and you can always use Spotlight (key combination Command-Space to activate) or an alternative method to launch your Mac apps.

When following the simple steps below, just bear in mind that Terminal is a powerful app, so make sure you enter the commands properly, especially if you're not familiar with it.

How to Show Only Active Apps in Your Dock

How to Revert the Dock Back to Its Original State


If you decide you don't like this way of using the Dock, follow the steps below to return it to its usual behavior.If there's a specific active app that you'd like to hide from the Dock for whatever reason, there are a couple of third-party utilities that might help. Dock Dodger is a free drag-and-drop tool that can hide certain apps from the Dock even when they're running (once placed on the tool's droplet, you have to restart the app in question to hide it, although our success rate varied depending on the app). If you're willing to open your wallet, GhostTile is a more recent and reliable paid-for alternative with similar functionality.

sunapple
What’s the difference with removing all apps from the Dock and opening new ones from another place?
Rating: 3 Votes

frou
For the longest time, I have simply dragged all of the default app "shortcuts" off of my Dock, and used Spotlight via the keyboard to launch everything.
Rating: 3 Votes

sp3k0psv3t
This is nice. Really cleans things up a bit since I have a gazillion apps in my dock lol.

Thanks for the tutorial.
Rating: 2 Votes

Amazing Iceman
I hardly use the dock to launch apps. Using [COMMAND] [SPACE] and typing the app name to launch it is a faster approach.
Rating: 2 Votes

sirozha
I don't get this tip.

After I implemented this command, I was able to right-click on the icons of the running apps and select "Keep in Dock". After that, when I closed the apps, their icons remained on the Dock. So, how is this different from just dragging all your icons off the dock one at a time?
Rating: 2 Votes

chabig
Just apply the technique and then add the download folder manually (drag it to the dock).
Rating: 1 Votes

Xavier
Yeah, the point of the dock for me is easy access to apps that I use, and they might not be open at the time. This is super clean and nice looking, but I use Command+Tab for open apps.
Rating: 1 Votes
[ Read All Comments ]