Strong sales of iPhone 14 Pro models could see Apple stabilize its market share for high-end handsets at 60%, if the enthusiastic consumer response continues through the year. 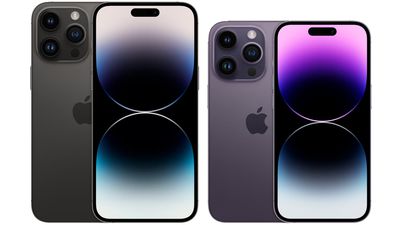 According to DigiTimes, so far this year Apple's market share for high-end handsets with unit prices of over $500 has reached 55% in off season and 60% in peak season, but ‌iPhone 14 Pro‌ sales could see its peak season share become the norm if they maintain their current momentum.

Apple has reportedly asked its primary iPhone assembler Foxconn to shift some iPhone 14 production capacity to the Pro models to meet strong demand, while DigiTimes reports that component makers in Apple's supply chain have not received order cuts for any model, although they may have been told to slightly adjust the shipment ratios for different devices.

The real indicator of demand for ‌iPhone 14 Pro‌ will be the sales performance in the first month following the initial wave of pre-ordered models, according to DigiTimes. Last year's iPhone 13 Pro models were said to have registered "outstanding" long-tail sales after the first wave of pre-orders, signaling that Pro models have become mainstream upgrades for ‌iPhone‌ users thanks to their strong spec upgrades.

By contrast, the ‌iPhone 14‌ features the same design and display as the iPhone 13, and is powered by the same chip as the ‌iPhone 13 Pro‌, plus has newer camera features. Meanwhile the 6.7-inch ‌‌iPhone 14‌‌ Plus is a larger version with a bigger battery, replacing the not-so-popular "mini" sizes from the iPhone 12 and 13 lineups.

It’s not Apples fault Europe has hyperinflation. The price hasn’t increased at all in the US and all the countries that are based on this glorious god gifted currency.

MajorFubar
Not in the UK and Europe they won't. Not at the prices we have to pay for them.
And please Americans don't feed me bullcrap about Europe's hyperinflation. When the pound and Euro were super strong against the dollar Apple still just swapped the currency sign and creamed in the difference. It's 100% pure greed.
Score: 15 Votes (Like | Disagree)

€1,339 for a 128 GB iPhone 14 Pro. Safe to say they’ll be few and far between where I live. Back in the real world I’m unsure who will be buying these things. Because Apple has gotten so greedy I kind of hope iPhone sales crash and burn. I also wouldn’t believe any sales predictions at this point. Makes me wonder who is behind Digitimes, tbh. Any analysts worth their salt wouldn’t be trying to predict sales this early, IMO. Wonder what their game is. The non-Pro iPhone 14 is €1,029 and the 13 mini remains the same €829 price for a second year running. All of these phones carry high-end prices.

It’s not Apples fault Europe has hyperinflation. The price hasn’t increased at all in the US and all the countries that are based on this glorious god gifted currency.
Score: 12 Votes (Like | Disagree)

tann
Maybe in the USA but everywhere else the huge increases may be met with softened demand.
Score: 11 Votes (Like | Disagree) 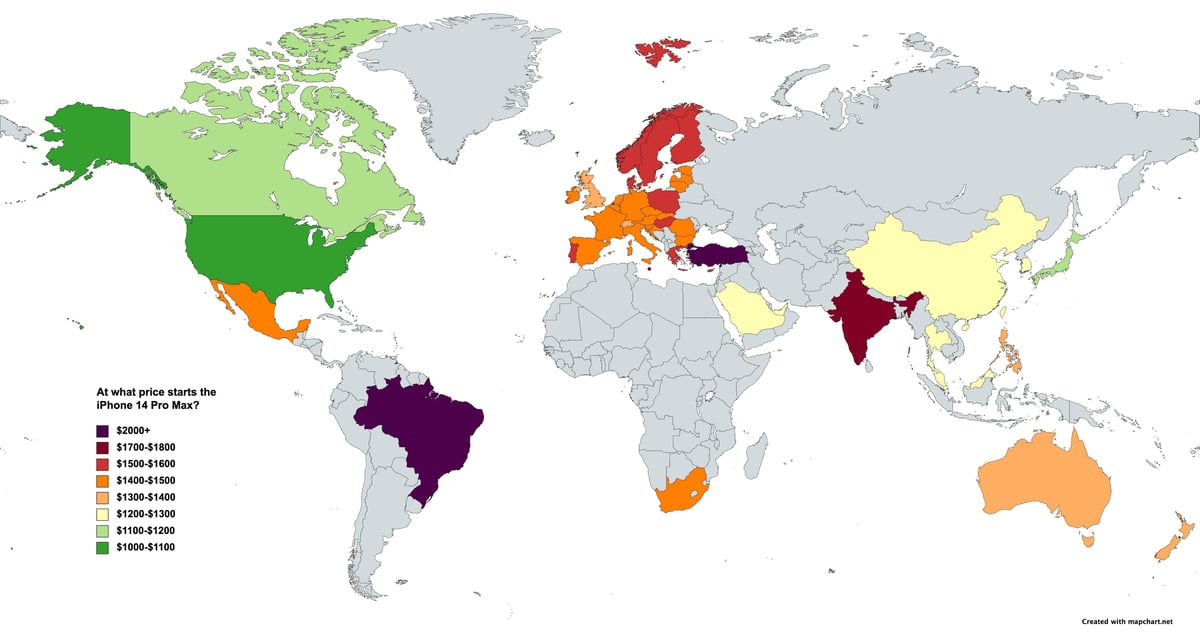 Lazy are the MR readers not creating anything, but always criticizing everyone else

I am not a phone maker lol and I create websites with millions of monthly views everyday but let me assure, I was not involved with The Verge redesign!
Score: 10 Votes (Like | Disagree)
Read All Comments

Wednesday November 16, 2022 4:34 am PST by Tim Hardwick
Apple earlier this month acknowledged that customers faced longer wait times for iPhone 14 Pro and iPhone 14 Pro Max models because of reduced supply chain capacity, but the delays appear to have gotten worse. On Apple's online store in the United States, the devices' estimated shipping times are currently hovering around the six-week mark, with deliveries for all iPhone 14 Pro models now...
Read Full Article • 95 comments