The first smartphones that support Wi-Fi 7 could start coming out as soon as the second half of 2024, according to a new report from DigiTimes that cites IC backend houses and inspection labs. 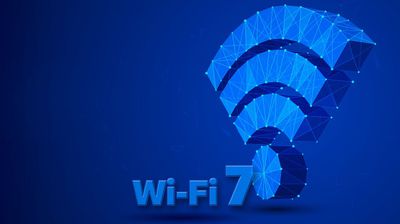 Wi-Fi 7 is able to use 320MHz channels and it supports 4K quadrature amplitude modulation (QAM) technology, ultimately providing up to 2.4x faster speeds than Wi-Fi 6 with the same number of antennas.

Positioned as the next major generational Wi-Fi technology evolution, Wi-Fi 7 is expected to provide speeds of "at least 30" gigabits per second and could even hit 40Gbps, according to the Wi-Fi Alliance. It will offer speeds fast enough for next-generation AR/VR, 8K video streaming, and gaming devices.

Wi-Fi 6 features speeds of up to 9.6Gb/s, and WiFi 5 maxed out at 3.5Gb/s, so WiFi 7 will be a notable improvement when it launches. There is no word as of yet on when Apple might implement Wi-Fi 7, but it is worth noting that Apple has not even adopted Wi-Fi 6E, which has been available since 2019.

Wi-Fi 7 will come first to routers and notebooks before making its way to smartphones. In January, MediaTek demoed Wi-Fi 7, and Intel has said that it plans to adopt Wi-Fi 7 in PC laptops by 2024, with the technology appearing in major markets in 2025. Qualcomm is also working on Wi-Fi 7 chip options that are expected to appear in the same time frame.

Everyone in a hurry to fry their brains by getting their content faster. No one will ever be content. I’m good where it’s at.
Score: 18 Votes (Like | Disagree)

Michael Scrip
I don't even have a router with 6 or 6E yet.

fwmireault
Coming to iPhone in 2036. We think you’re gonna love it.
Score: 16 Votes (Like | Disagree)

I'm running Apple 1200 baud and it's fast enough for me, especially compared to my old Hayes 300 baud.

jav6454
So basically, you’ll never see those speeds, as rarely will you ever use 320Mhz or 160Mhz channel slices.
Score: 14 Votes (Like | Disagree)
Read All Comments