Two websites that provided download links for pre-release Apple software like iOS 16, iPadOS 16, macOS Ventura, and tvOS 16 have shut down in recent weeks, including BetaProfiles.com and IPSW.dev. Both websites are no longer accessible. 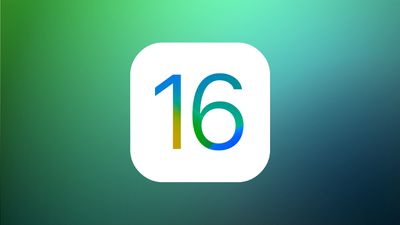 Hi everyone, I just wanted to say that BetaProfiles will be shutting down soon, I just don't want to get into a legal battle with Apple. BetaProfiles social media will remain as a place to discuss beta updates. Thanks guys so much ❤️ — Beta Profiles (@BetaProfiles) August 10, 2022

In addition, lawyers representing Apple at Kilpatrick Townsend Stockton LLP allegedly provided Twitter with a Digital Millennium Copyright Act (DMCA) takedown notice related to over a dozen tweets containing links to websites like IPSW.dev. The alleged notice claimed that the tweets infringed on Apple's proprietary beta software. All of the tweets listed are no longer visible "in response to a report from the copyright holder."

IPSW.dev provided users with access to IPSW files for the iOS 16 developer beta and other pre-release Apple software, with download links via Apple's servers, file sharing website WeTransfer, and torrents, while BetaProfiles.com provided links to both beta profiles and IPSW files. BetaProfiles.com said users must be enrolled in Apple's Developer Program in order to download the profiles, but users could avoid this warning.

Apple's developer betas are only intended for members of Apple's Developer Program, which costs $99 per year in the United States, and it appears that Apple is attempting to uphold this policy by cracking down on websites like BetaProfiles.com and IPSW.dev.

Those interested in trying out Apple's betas for free can sign up for Apple's public beta program.

Update: When reached for comment, BetaProfiles.com said it received a letter from lawyers representing Apple and shut down the website to avoid potential litigation.

Apple should just offer free access to dev betas so there’s no need for these.

the developer program should be only needed if you want to submit an app to the store.

KrisLord
Apple should just offer free access to dev betas so there’s no need for these.

the developer program should be only needed if you want to submit an app to the store.
Score: 23 Votes (Like | Disagree)

kc9hzn
I understood the appeal of sites like these back before there was an Apple Watch public beta and even a HomePod public data, but now that every current Apple device gets a public beta, you might as well just join the public beta officially. It’s better than trusting the beta profiles that were probably safe but you had no way of actually confirming.
Score: 23 Votes (Like | Disagree)

pdaholic
Apple was losing out on that $100 per year to enroll in the developer beta program. Had to shut these sites down, times are tough for a trillion dollar company.
Score: 22 Votes (Like | Disagree)

Massive step backwards from Apple. Where there is a will there is a way even back in the day when you had to register your phone to a dev account to activate the beta

If people want to run betas they will. I’ve been beta testing iOS since iOS 4. My iPhone is practically never on a general release. I’ve reported so many bugs to apple prior to general release. Maybe apple should make access to dev betas open to more people or at least those who provide them bug reports through the feedback app

And there’s a good reason why the public has to wait a few weeks after the devs get it. You don’t want the general public mucking around with an alpha build or early beta build in case there are unexpected issues (or even known issues) with them. Apple doesn’t do external alphas, so having devs take the first crack at the betas means that developers who likely already know how to fill out a bug report (and who can actually test what the bug is) are the first external folks to get access. This is just software engineering best practices.
Score: 16 Votes (Like | Disagree)

macduke
Apple, we’re just going to find another way. We always have, we always will.

Sure they have public betas now, but those come out later, and updates to them come out later too.
Score: 15 Votes (Like | Disagree)
Read All Comments

Thursday September 15, 2022 1:07 pm PDT by Juli Clover
Apple today seeded the first beta of an upcoming iOS 16.1 update to public beta testers, opening up the beta testing process to the general public. Today's beta comes one day after Apple provided the beta to developers. Public beta testers who have signed up for Apple's free beta testing program can download the ‌iOS 16.1‌ beta over the air after installing the proper certificate from...
Read Full Article • 103 comments

Wednesday September 28, 2022 10:04 am PDT by Juli Clover
Apple today seeded the third beta of an upcoming iOS 16.1 update to public beta testers, with the beta coming one week after Apple seeded the second public beta. Apple has also seeded a new public beta of iPadOS 16.1. Public beta testers who have signed up for Apple's free beta testing program can download the ‌iOS 16.1 or iPadOS 16.1‌ betas over the air after installing the proper...
Read Full Article • 47 comments

Monday July 11, 2022 9:19 am PDT by Joe Rossignol
Apple is expected to release the first public beta of iOS 16 for the iPhone this week, allowing anyone to test the software update for free. In a tweet last month, Bloomberg's Mark Gurman said the iOS 16 public beta should be released during the week of July 11. Gurman said the public beta is expected to correspond with the third developer beta of iOS 16 released last week. It's unclear...
Read Full Article • 21 comments

Wednesday July 27, 2022 5:25 am PDT by Hartley Charlton
iOS 16 beta testers have now waited longer for the fourth developer beta version than any new full iOS release since iOS 6 and iOS 7. The minor landmark, highlighted on Reddit, was hit when Apple did not release the fourth beta version of iOS 16 yesterday. In 2012 and 2013, both iOS 6 and iOS 7's betas were in their third version for 21 days, the same as iOS 16's third developer beta as of...
Read Full Article • 94 comments

Wednesday August 24, 2022 10:09 am PDT by Juli Clover
Apple today seeded the fifth betas of iOS 16 and iPadOS 16 to public beta testers, opening up the iOS 16 beta testing process to the general public. Today's beta comes one week after the fourth public beta, and it corresponds with the seventh developer beta. Public beta testers who have signed up for Apple's free beta testing program can download the second iOS 16 and iPadOS 16 betas over...
Read Full Article • 45 comments

Tuesday September 20, 2022 10:16 am PDT by Juli Clover
Apple today seeded the second beta of iOS 16.1 to developers for testing purposes, with the beta coming one week after the release of the first iOS 16.1 beta. The iOS 16.1 beta is also joined by the third beta of iPadOS 16.1, which is on a slightly different schedule as Apple started testing it prior to the launch of iOS 16. Registered developers can download the iOS 16‌ and iPadOS 16...
Read Full Article • 71 comments

Friday September 30, 2022 12:51 pm PDT by Juli Clover
Apple CEO Tim Cook has been touring Europe this week, sitting down for interviews with various media publications. Augmented reality has been a running theme in Cook's discussions, and it is a topic he brought up again in an interview with Dutch publication Bright, which is part of RTL News. "I think AR is a profound technology that will affect everything," Cook said, echoing comments from...
Read Full Article • 274 comments

Sunday October 2, 2022 6:41 am PDT by Joe Rossignol
Apple is developing new iPad Pro, Mac, and Apple TV models, and at least some of these products will be released in October, according to Bloomberg's Mark Gurman. However, Gurman continues to believe that Apple is unlikely to hold an event this month. In the latest edition of his Power On newsletter, Gurman said "the big iPhone 14 unveiling last month was probably it for Apple in 2022 in...
Read Full Article • 152 comments