Intel, AMD, and Nvidia are all reportedly bracing for a possible decline in shipments as well as a possible drop in revenue for the remainder of 2022 while the Mac is expected to continue to grow in popularity. 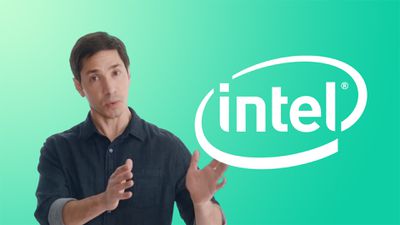 Citing industry sources, DigiTimes reports that Intel, AMD, and Nvidia have revised and lowered their own expectations for how many chips and products they'll ship in 2022 and their revenue goals.

Apple is the only company that's expected to see continued momentum for its Mac, such as the new M2 MacBook Air and MacBook Pro, the report says.

Specific laptop makers are also bracing for a rough 2022 and early 2023. Companies such as Dell, Acer, HP, and Asustek Computer have all cut their expectations and projections for shipments and revenue.

Apple, on the other hand, is expecting to ship around 29 million MacBooks in 2022, an estimate higher than in the past three years, according to DigiTimes.

Apple has nearly completed its transition away from Intel processors in the Mac to its own custom-made Apple silicon chips. The company most recently announced the all-new ‌M2‌ chip, promising 1.4 times faster performance than its M1 counterpart and up to 15 times faster than an Intel-powered model.

Apple has so far announced the ‌M1‌, M1 Pro, M1 Max, M1 Ultra, and ‌M2‌ chips for its Mac lineup. The highest-end Mac Pro and a low-end Mac mini are the only Macs that remain in Apple's lineup with Intel processors. Both are expected to be replaced as soon as this fall.

Freida
Let me translate the article for you as you don't get it.

Apple has growth incoming
Others have decline incoming

This article is a complete fan boy mess.

It lists the number of MacBooks that will be sold, 29 million but compares that to lower percentages of computer sales from AMD and Intel? So PC sales will be 300 million vs 350 million?

ponzicoinbro
Before you celebrate, bear in mind these rivals will play dirty games.

Because that is what they learned in the very unethical law breaking era that was created in the last 6-7 years.

OK now you are prepared, you can celebrate.

scheinderrob
intel has only itself to blame. and i'll play the words smallest violin for nvidia after all the crap they pull.
Score: 10 Votes (Like | Disagree)

xnu
Ha I like Justin Long, but he really has been demoted in the advertising world slowly moving down the food chain. I would expect him doing a Arby's commercial soon, I mean it was good enough for Darth Vader.
Score: 9 Votes (Like | Disagree)

BootsWalking
Of all Apple's competitors, Nvidia is in the most precarious position. Both Intel and AMD will need to move to an SoC design to be competitive on performance-per-watt, and that means incorporating powerful GPUs into their chips. AMD already has the technical prowess to do this and Intel will soon after their GPU tech matures. This leaves Nvidia as the odd-man out. Nvidia knows this, which is why they tried to buy ARM, so they can supply SoC's on alternate ecosystems, like Chromebooks and Android phones.
Score: 7 Votes (Like | Disagree)
Read All Comments

Tuesday July 5, 2022 6:57 am PDT by Joe Rossignol
The upcoming launch of Apple's redesigned MacBook Air with the M2 chip has some Windows laptop manufacturers "worried" that sales of Intel-based laptops will be negatively affected, according to industry sources cited by DigiTimes. "A Wintel brand vendor pointed out that at a price point of US$1,000-$1,500, the MacBook Air will crowd out other high-end notebooks," the report claims, with...
Read Full Article • 440 comments

Wednesday October 12, 2022 3:20 am PDT by Tim Hardwick
Intel plans to slash its employee numbers by the thousands in a bid to cut costs in the face of the slowing global PC market, a new Bloomberg report has claimed. The company's sales and marketing teams could see cuts affecting around 20% of staff, said the report, citing people with knowledge of the matter who wished to remain anonymous. The "major reduction in headcount" hasn't...
Read Full Article • 114 comments

Thursday November 24, 2022 4:17 am PST by Hartley Charlton
The iPad Pro is now more powerful than the iMac and the Mac mini due to featuring a more advanced chip, as the two desktop Macs are left with older hardware. The iMac and Apple's two Mac mini models have been left with the M1 chip from 2020, despite the launch of a plethora of devices featuring the M2 chip – meaning that they are outdated compared to the 13-inch MacBook Pro, redesigned...
Read Full Article

Monday November 28, 2022 11:00 am PST by Juli Clover
Apple's upcoming iPhone 15 models will be equipped with Sony's newest "state of the art" image sensors, according to a report from Nikkei. Compared to standard sensors, Sony's image sensor doubles the saturation signal in each pixel, allowing it to capture more light to cut down on underexposure and overexposure. Nikkei says that it is able to better photograph a person's face even with...
Read Full Article • 132 comments

Monday November 28, 2022 10:42 am PST by Juli Clover
Apple has cut back on its Twitter advertising, according to Twitter CEO Elon Musk. In a tweet, Musk said that Apple has "mostly stopped" its Twitter ads, asking if Apple hates "free speech." Musk went on to publish a poll asking if Apple should "publish all censorship actions" taken that impact customers and he began retweeting content from companies that Apple has had moderation discussions ...
Read Full Article • 1317 comments