Best Apple Deals of the Week: Steep Discounts Hit Apple TV 4K and iPad While Back to School Sales Arrive

Although not a particularly busy week for Apple deals, we continued to track ongoing solid sales on a few Apple products, including the Apple TV 4K and 10.2-inch iPad. Additionally, if you're shopping for back to school, don't forget to visit our guide for the best back to school Apple accessory deals. 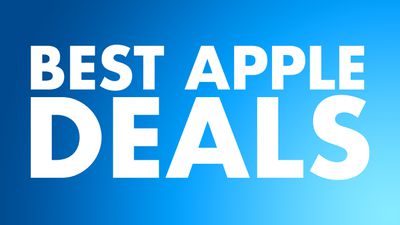 You can get three colors of the AirPods Max for $449.99 on Amazon, down from $549.00, and you won't see the deal price until you reach the checkout screen with these sales.

Jaro65
Apple TV update must be around the corner.
Score: 3 Votes (Like | Disagree)

Edsel
Everything is still overpriced. Man-O'man, I remember when gas was $0.32/gallon, a pair of Koss Pro 4A headphones cost $49.00, weekly groceries were $15.00 (and that included a weekend 6-pack!), no one subscribed to TV - all 4 channels were free. And, we coded with paper punch cards.

First, you forgot the UHF channels with the goofy local host who dressed up as a spaceman.

And as the first class to go all floppy (the 8”), I used to feel bad when the older CS majors would drop their box of punch cards in the crowds between classes and watch them scatter across the floor.

I was blessed to just miss the punch card era. My first exposure to computing was with a DEC PDP 11/70 - the university was in the process of redoing all the labs to install terminals. There was still a punch card reader, but most people avoided it like the plague.

I remember playing Lunar Lander on the DEC 11 with the a DM terminal. I was a Senior (1971) in prep school and I think Ken Olsen may have donated it to the school. It was sad to see DEC decline as they did.

Oh, I think I remember that one too! Both games were great paper-wasters. ?
Score: 1 Votes (Like | Disagree)
Read All Comments