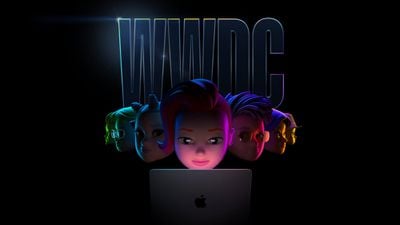 As is typical with all of Apple's events, there were rumors and leaks about what Apple would announce. While many of the rumors and reports did end up becoming true, a few didn't turn out to be accurate. Below we've rounded up which rumors and reports nailed it and which unfortunately didn't.

In May 2021, Apple leaker Jon Prosser shared renders showing a MacBook Air with white bezels, a white keyboard, and a lineup of bright, vibrant colors. Those renders also depicted one USB-C port on one side, which turned out to not be the case.

Unlike the rumors, which were debunked by Bloomberg's Mark Gurman before Monday's keynote, the new MacBook Air only comes in four muted colors. The new MacBook features the M2 chip and starts at $1199 with pre-orders next month.

The source said the revamped low-end Macbook Pro would feature the same design as previous models, with the only change being the M2 Apple silicon chip. The source did, however, claim the laptop would launch in March.

Bloomberg's Mark Gurman reported that watchOS 9 would include an expanded version of Low Power Mode that lets users use the watch with reduced battery life usage.

The Apple Watch currently has a Power Reserve mode which restricts the Apple Watch functionality to only show the time. At least in the first watchOS 9 beta, a Low Power Mode reported by Gurman does not exist. Apple may add the feature to watchOS 9 later this fall, but exclusive to the upcoming Apple Watch Series 8.

Bloomberg also accurately reported on Apple Pay Later and its development last year, which will launch this fall.

While macOS "Ventura" was not on our list of possible options for macOS 13, there were several rumors that did turn out to be accurate about Apple's upcoming macOS release.

Perhaps the most accurate rumor pre-WWDC was Bloomberg reporting on Apple's plan to revamp multitasking on the iPad and make it more Mac-like. With the M1 iPad Air and M1 iPad Pro, Apple has introduced Stage Manager, which allows multiple apps to be open at once in windows.

Not originating from any credible sources, there was initial speculation and chatter circulating online that Apple would announce its Apple silicon Mac Pro and an accompanying update to the Pro Display XDR at this year's WWDC.

Apple previewed the current Intel-based Mac Pro and Pro Display XDR at WWDC 2019, adding to the belief a repeat could happen this year. That did not happen, as Apple instead announced its next-generation "M2" Apple silicon chip and a new MacBook Air and low-end MacBook Pro.

Unggoy Murderer
Prosser has only ever been a lucky guesser. At least Gurman actually appears to be informed - I'll bet the low power mode is a feature on the Series 8 watch.
Score: 12 Votes (Like | Disagree)

CyberBob859
So, three right and three wrong. 50-50. The same odds as flipping a coin. About right when placing any faith on rumors.
Score: 8 Votes (Like | Disagree)

TheYayAreaLiving ?
You just can’t win with Apple. Apple did an amazing job keeping everything a secret. While the analytics and YouTubers were too busy shooting the darts all blindfolded. ?
Score: 7 Votes (Like | Disagree)
Read All Comments