In news that could weigh heavily on the future success of Apple TV, Microsoft has confirmed it is working to bring an affordable streaming device to market that would allow users to play Xbox games without the need for a full-blown console. 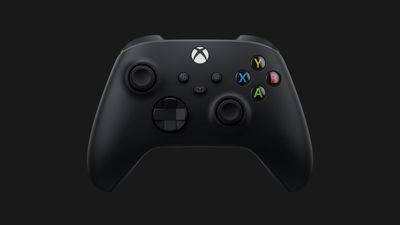 It has been suggested for years that Microsoft wants to make gaming accessible to more people by cutting out the need to invest in a pricey console. The Xbox Cloud Gaming platform, which works on many devices including iPhone and iPad, is the company's software-based answer to that challenge, but it appears Microsoft isn't stopping there.

Speaking to Windows Central, Microsoft revealed it is actively working on new Xbox hardware. Codenamed "Keystone," the streaming device sounds similar to Chromecast and Google Stadia in that it will connect to any TV or monitor via HDMI, allowing users to tap into Microsoft's vast games catalog, as well as any other streaming content it chooses to host.

The company didn't provide any more details about the dongle or a potential launch date, but said that it had recently taken the decision to "pivot away" from its original vision for the device, which would allow it to "deliver Xbox Cloud Gaming to more players around the world in the future."

Along with access to triple-A console games, Microsoft's device is likely to double as a set-top box on which users can access popular streaming services as well as the company's own media apps like Microsoft Movies & TV.

Apple at one point was working on a low-cost ‌Apple TV‌ dongle, but those plans have been abandoned. Apple is now planning to launch a new version of the Apple TV in the second half of 2022, according to Apple analyst Ming-Chi Kuo. Kuo believes that the new ‌Apple TV‌ will have an improved cost structure, which suggests a lower price point than the current ‌Apple TV‌ (from $179) that is more competitive with other streaming media players.

Whatever the next iteration of ‌Apple TV‌ looks like, Apple's subscription-based gaming platform Apple Arcade will struggle to compete with a Microsoft dongle that can stream titles including Fortnite, Halo, Need for Speed, The Sims, and many other popular Xbox games.

matt_and_187_like_this
The current Apple TV is such a delusional product at this point that it has no competition. The XBOX Series S already beats it. It's almost the same price and it comes with a controller and 500GB of storage. So what do you want: A current-gen gaming console or a box that does the same stuff your smart TV already does
Score: 26 Votes (Like | Disagree)

JustSomebody12
Apple would have boosted Apple TVs sales a lot if they had allowed cloud gaming on it.

Especially during the console shortages' peak.
Score: 23 Votes (Like | Disagree)

Bustycat
Apple TV is not qualified to be a rival of Xbox.
Score: 23 Votes (Like | Disagree)

Jim Lahey
Apple TV doesn’t set the bar very high as a rival. It’s pretty decent if you live solely inside Apple’s bubble and don’t mind half-baked media software with zero library management features, but that’s about where it ends. It’s functional at best and really not that great at any one thing. Should be half the price they ask for it.
Score: 17 Votes (Like | Disagree)

Pezimak
Firstly, no this won’t be challenging the Apple TV, it will be focused on game streaming, something the Apple TV can't do, and secondly it’ll cost a hell of a lot less then the Apple TV.

And for those claiming it will fail, I suggest you take a look at the games market, Xbox has been rather successful at that since Game Pass launched.. it isn’t going to fail against Apple because they aren’t even competing against Apple. It’s like claiming every single phone is competing with the Apple TV because they have streaming apps on them.

Stick to making proper consoles Microsoft, you do it well.

Congratulations on living 20 years in the past.
Score: 10 Votes (Like | Disagree)
Read All Comments