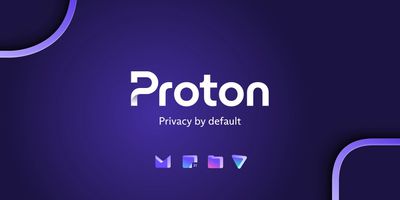 Today, we are undertaking our biggest step forward in the movement for an internet that respects your privacy. The new, updated Proton offers one account, many services, and one privacy-by-default ecosystem. You can now enjoy unified protection with a modernized look and feel.

Evolving into a unified Proton reflects our growth from an end-to-end encrypted email provider to an entire privacy ecosystem, allowing us to deliver even more benefits to the Proton community and make privacy accessible to everyone.

Previously, users could only subscribe to each service the company offered individually. Going forward, the new Proton offers one account to access all the services offered in the company's privacy-by-default ecosystem, including Proton Mail, Proton VPN, Proton Calendar, and Proton Drive, all of which can be accessed from proton.me.

All Proton services remain available as a free tier, with more advanced features and more storage available via paid plans. The free Proton tier includes up to 1GB of storage and one Proton email address, as well as access to Proton's encrypted Calendar and VPN services.

Meanwhile, the Proton Unlimited tier costs 9.99 euros ($10.65) for 12 months, with savings of up to 33% for those who choose a 24-month plan. For those looking only for encrypted email or a VPN, individual plans remain available.

As part of the rebrand, existing account holders will receive a storage boost and new features at no extra cost, including additional email addresses, VPN connections, and more.

To highlight the changes, Proton is also introducing a visual overhaul of the company's web-based services, with new logos, colors, and an updated, modernized design for its new desktop and mobile apps.

ProtonMail began as crowdfunded service in May 2014 and launched in March 2016, led by a group of scientists from CERN and MIT who aimed to deliver an easy-to-use end-to-end encrypted email service with freely available open source code. You can learn more about Proton's history, service plans, and privacy and security policy at the company's new website.

FaustsHausUK
I’ve been slowly transitioning over to Proton. Right now, I have a mess of Gmail accounts, but Google are less trustworthy despite anything pointed out in this thread. My plan is €66/year, for a custom domain and 15 email addresses - I’d rather that than Google’s “free.”
Score: 12 Votes (Like | Disagree)

kemo
Great step forward Proton. Keep it up! Visionary was hell of a deal for our family, not sure why you removed the option, but I can't complain for the extra storage and VPN slots per user. (3.2TB total atm, 10 VPN connections per user). ?

Now back to work on Proton Drive - hoping for native apps and possibly an Image browser of backed images maybe?
Score: 9 Votes (Like | Disagree)

Thursday January 26, 2023 12:14 pm PST by Juli Clover
New 14-inch and 16-inch MacBook Pro models with the latest M2 Pro and M2 Max chips are available in Apple retail stores and are already in the hands of customers, and we picked up one of the new M2 Max machines to answer all of the questions MacRumors readers considering a purchase might have. Subscribe to the MacRumors YouTube channel for more videos. Yesterday, we asked MacRumors fans on...
Read Full Article • 104 comments