On the first day of the Worldwide Developers Conference, a select number of developers will travel to Apple Park in Cupertino, California to experience a special viewing event at Apple's ring-shaped campus. 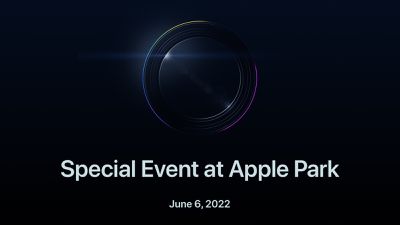 The June 6 event will include a viewing of the WWDC keynote and the Platforms State of the Union as previously announced, but attendees have also been informed about what the rest of the day will hold.

Developers will be able to check in to the ‌Apple Park‌ Visitor Center at 7:00 a.m., and from there, Apple will hold an open house at the new Apple Developer Center, which little is known about. At 8:00 a.m., Apple will serve breakfast at Caffe Macs, and then there will be a keynote viewing at 10:00 a.m.

After the keynote, developers will eat lunch at noon, and then the Platforms State of the Union will kick off at 1:00 p.m. From there, developers can choose three separate tours.

There's a tour of the ‌Apple Park‌ Hills, the Fitness Center Area, and Caffe Macs. All three tours take place at 2:30 p.m., so developers must choose to attend one, and Apple says that space is limited. After that, the day will wrap up with the Apple Design Awards at 4:30 p.m. Pacific Time.

Developers were informed yesterday that attendees must test negative for COVID the day before and that N95 masks would be required in all indoor areas. Apple is requiring developers to follow its health and safety protocols, which take into account the latest guidance from public health authorities.

All developers had a chance to apply to attend the ‌Apple Park‌ viewing event, and Apple selected attendees using a lottery system. Attendance is free, but developers will need to pay for travel and accommodations in Cupertino.

Apple is not hosting a full in-person WWDC event, and the keynote and the rest of the conference will be digital. The viewing party is the sole in-person component of WWDC 2022.

TheYayAreaLiving ?
That's so cool. They get a nice tour of Apple Park. I think it's worth attending this WWDC event as a developer.
Score: 6 Votes (Like | Disagree)

It's probably just going to be apple slices.
Score: 4 Votes (Like | Disagree)

AF_APPLETALK
The world has changed.
Score: 3 Votes (Like | Disagree)

Mock all you want, but if you are a fan of Apple this would be a terrific experience.
Score: 2 Votes (Like | Disagree)

Mr. Dee
I would prefer to see inside Tim Cook’s office, Craig’s office, see what’s in the cubicles, what employees are coding all day, what the hardware setup is like. Go over to design studio, see how iPhone 14, 15 and 16 are coming along.
Score: 2 Votes (Like | Disagree)

44267547
Personally, if it was me, I’d want to see the Apple fitness center, maybe get a quick weight lifting workout in while I’m at it.:D
Score: 2 Votes (Like | Disagree)
Read All Comments