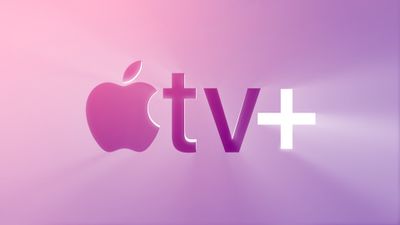 Ford will star alongside Jason Segel, who has a main role in the show. The 10-episode comedy series will see Segel playing a grieving therapist who begins to break the rules and tell his clients what he really thinks of them. "Ignoring his training and ethics, he finds himself making huge, tumultuous changes to people's lives ... including his own," reads the series description.

According to Deadline, Ford will play Dr. Phil Rhodes, a down-to-earth "blue collar shrink" who has built a successful practice over the years. Phil has recently been diagnosed with Parkinson's, which "forces him out of his comfort zone as he grapples with intrusive friends, his estranged family and his legacy."

Ford has done little television during his career, and this will be his first regular TV role. In recent years, he has starred in "Blade Runner 2049," "Star Wars: The Rise of Skywalker," and "The Call of the Wild." He is also working on a fifth "Indiana Jones" film.

"Shrinking" is written by Segel, who also stars in Apple TV+ movie "The Sky is Everywhere," based on the best-selling young adult novel of the same name.

They need something off the charts to pull Apple TV out of the crapper. This sounds good though, Harrison usually doesn't do garbage (except The Mosquito Coast. And Hollywood Homicide. And Firewall) but he usually does good stuff.

Apple TV+ is great! great shows and movies are on the way. But I feel like it needs an instant classic! it needs something that it still doesn't have.

I feel like the first ever streaming service film to win an Oscar (and win 3, including Best Picture, no less) kinda sorta fills that, lol.
Score: 8 Votes (Like | Disagree)

BWhaler
AppleTV+ is fantastic. Reminds me of HBO back in its glory days.
Score: 5 Votes (Like | Disagree)

He is also working on a fifth "Indiana Jones" film.

Didn't he learn anything after doing the fourth film?
Score: 4 Votes (Like | Disagree)

No one will be subscribing to Apple TV+ because of that Oscar. They need something on the level of Game of Thrones or Stranger Things or The Mandalorian.

Looks like people have by 25%. Whether they will keep it is another matter, but the more exposure Apple TV+ has, the better for the service as more people will try it.

Why? I mean if Will Smith can win one aren’t they more participation awards.

Well that is a "slap in the face" :p
Score: 3 Votes (Like | Disagree)
Read All Comments

Tuesday April 26, 2022 4:02 pm PDT by Juli Clover
Apple today shared the first trailer for upcoming Apple TV+ series "The Essex Serpent," which stars Claire Danes and Tom Hiddleston. The show is set in Victorian England, and Danes will play London widow Cora Seaborne, who moves to Essex to investigate reports of a mythical sea serpent. She forms a bond of science and skepticism with the local pastor, played by Hiddleston, but when tragedy...
Read Full Article • 49 comments

Thursday April 7, 2022 1:23 pm PDT by Juli Clover
Tom Hiddleston, best known for his role as "Loki" in the Marvel series of movies, is set to star in an upcoming Apple TV+ show called "The White Darkness." The series is based on David Grann's nonfiction work of the same name, which chronicled the Antarctic expeditions of British explorer and army officer Henry Worsley. Worsley journeyed across Antarctica in 2008, leading an expedition to...
Read Full Article • 23 comments

Thursday June 9, 2022 1:31 pm PDT by Juli Clover
Apple this week announced several new Apple TV+ projects that are in the works with high-profile actors attached. Colin Farrell, known for movies like "In Bruges" and "The Batman," is set to star in a new Apple TV+ series called "Sugar." The show is described as a "genre-bending series" from Mark Protosevich, who has worked on "The Cell," "I Am Legend," and "Thor," but little else is known...
Read Full Article • 45 comments

Wednesday August 18, 2021 2:07 pm PDT by Juli Clover
Tim Robbins is set to star in upcoming Apple TV+ dystopian drama series "Wool," reports Variety. Robbins will play the role of Bernard, who serves as head of IT for the Silo, and he will star alongside Rebecca Ferguson, who is set to play main character Juliette. "Wool" is based on the Hugh Howey novel of the same name. "Wool" is set in the distant future, where the post-apocalyptic earth...
Read Full Article • 42 comments

Thursday April 21, 2022 4:16 pm PDT by Juli Clover
Apple has picked up a seven-part thriller that's set to star actor Idris Elba, the company announced today. Called "Hijack," the upcoming Apple TV+ show will follow a hijacked plane that makes its way to London. Elba is set to star as Sam Nelson, an accomplished negotiator in the business world who needs to step up and use his skills to try to save the lives of the passengers on the plane,...
Read Full Article • 29 comments

Wednesday May 25, 2022 4:19 pm PDT by Juli Clover
Apple has picked up a live-action "Speed Racer" series for Apple TV+, reports Variety. The series has reportedly been in the works for years now, and will be executive produced by J.J. Abrams. "Speed Racer" is a Japanese automobile racing media franchise that originated in 1966 as a manga, and it was then adapted into an anime in 1967. It follows the adventures of titular character Speed...
Read Full Article • 71 comments