Five Apple Products That Haven't Been Updated in Over Two Years

While much of Apple's product lineup is up to date right now, a handful of devices and accessories have not received hardware updates in recent years. 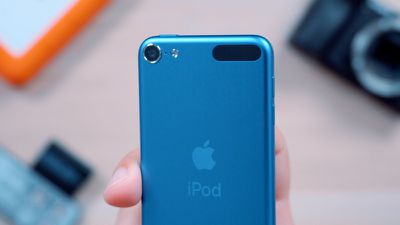 Below, we have put together a list of five products that Apple sells that have not been updated in over two years, aside from new software features. The list excludes previous-generation products like the iPhone 11 and Apple Watch Series 3.

Apple last updated the iPod touch in May 2019 with an A10 chip and a new 256GB storage option, making it nearly three years old.

The seventh-generation iPod touch retained the same design as the sixth-generation model, including a 4-inch Retina display, a Home button without Touch ID, a 3.5mm headphone jack, a Lightning connector, and a single speaker and microphone. The device is available in six colors, including Space Gray, Silver, Pink, Blue, Gold, and (PRODUCT)RED.

Apple redesigned its website last year and no longer prominently advertises the iPod touch's product page, but the device remains available for purchase. There haven't been any concrete rumors about Apple working on a new iPod touch, so it remains to be seen if the device will ever be updated again or if it will be discontinued eventually.

Introduced in October 2015, the second-generation Magic Mouse for the Mac is over six years old. The mouse has received no hardware updates over that time, but it does come with a woven USB-C to Lightning cable in the box now. When purchased with a 24-inch iMac, the Magic Mouse 2 is also available in several new matching colors.

The Magic Mouse 2 is infamous for having a Lightning connector on its bottom side, which prevents the mouse from being used while charging.

Released alongside a new iPad Pro in October 2018, the second-generation Apple Pencil will soon be three and a half years old.

While lower-end Mac mini configurations were updated with Apple's custom-designed M1 chip in November 2020, higher-end configurations with Intel processors have not been updated since October 2018, beyond Apple reshuffling storage capacities.

AirPods Pro launched in October 2019, making them nearly two and a half years old.

According to oft-accurate analyst Ming-Chi Kuo, Apple plans to launch second-generation AirPods Pro in the fourth quarter of 2022, which runs from October through December of the year. Kuo expects the new AirPods Pro to feature an upgraded wireless chip, support lossless audio, and have a new charging case that can emit a sound to be found.

Bloomberg's Mark Gurman and Debby Wu have previously reported that Apple has tested a more compact design for the second-generation AirPods Pro that would eliminate the stems that drop below the earbuds. If this ends up being the final design, the new AirPods Pro could look similar to Apple's Beats Studio Buds released last year.

blazerunner
Has Macrumors never heard of the Mac Pro?
Score: 23 Votes (Like | Disagree)

eret9616
magic mouse do get an updated in 2021(includes type c charging cable), the shape is more round-edged you can tell the difference in your hand even the model-series in the bottom are same
Score: 11 Votes (Like | Disagree)

Le0M
Damn, we've gotten materialistic!
Devices that haven't been upgraded in more than TWO YEARS!
OMG, what will we do if everything is not updated to the latest everything??
I mean, we should stop expecting an update every year for everything, we need to stop! This planet cannot afford it, and we haven't reached a point where we're capable to be emissions free yet, and we'll never be if we keep behaving so carelessly.
We need to start focusing on stuff that lasts for many years, good quality stuff, and stuff we can recycle.

I just hope it won't be nature to reset humans' behaviours.
Score: 8 Votes (Like | Disagree)

BrownyQ
I haven't owned an iPod since the original Nano model, but I won't lie, the temptation to buy one just for the sake of it has always been on my mind. It's the steep price tag that's kept me away. A refresh feels like it's entirely up in the air.

For all the jokes people make towards the Magic Mouse, I have to say I never found the charging port on the bottom to be an issue. The battery lasts weeks for me, and a single overnight charge is enough for it to be a non-issue after weeks of use, and for weeks to follow.
Score: 7 Votes (Like | Disagree)

KaliYoni
I heard that the delays are because Apple is trying to figure out where to put a notch on all that stuff. Except for the iPod Touch...that's probably going to be discontinued soon I betcha.
Score: 6 Votes (Like | Disagree)
Read All Comments