Nvidia today announced the launch of a new higher-tier membership for its streaming gaming platform GeForce NOW, allowing gamers to get access to improved performance. 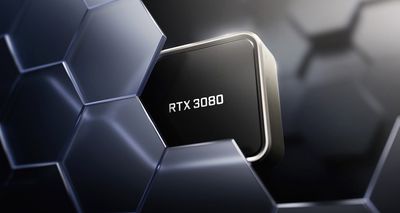 According to Nvidia, the GeForce NOW RTX 3080 membership provides gamers with access to the "greatest-ever generational leap in GeForce history," offering up the highest resolutions and fastest frame rates, plus low latency. Nvidia says the new gaming experience rivals the latest game consoles.

Each GeForce NOW cloud SuperPOD includes more than 1000 GPUs that deliver over 39 petaflops of graphics horsepower. Nvidia says each instance is 35 teraflops of performance, nearly 3x that of an Xbox Series X.

With the new membership tier, games can run at up to 1440p on Macs and PCs, and at up to 120 frames per second.

Access to the GeForce NOW RTX 3080 membership is priced at $99.99 for six months, which is introductory pricing. GeForce NOW founders and Priority members have early access to pre-order starting today, and pre-orders will open more broadly to all gamers later in the month. Quantities are limited.

At $99.99 for six months, access to the RTX 3080 rigs costs twice as much as the $49.99 priority membership. Those who choose the highest-tier plan get longer session allowances in addition to the higher quality streaming.

GeForce NOW offers several free games, but for the most part, titles need to be purchased to be played. GeForce NOW provides the gaming platform, but gamers need to supply their own games.

12643
Brilliant. Convert a one time GPU purchase into recurring revenue. The gamers are now being played, instead of the games.
Score: 36 Votes (Like | Disagree)

Brilliant. Convert a one time GPU purchase into recurring revenue. The gamers are now being played, instead of the games.

Let's see - a 3080 card, which cannot be found at retail, is going for around $1500 USD on eBay. So it would take 7.5 years to spend as much on this service as your "one time GPU purchase". That also doesn't include ANY OTHER computer parts, such as the CPU, motherboard, RAM, storage, power supply, etc.

This is actually pretty good value given the market. But your snark is noted.
Score: 27 Votes (Like | Disagree)

Mansu944
So now I can rent/subscribe to a graphics card? Why doesn’t anyone want to own anything anymore? (You’ll own nothing and you’ll like it)
Score: 14 Votes (Like | Disagree)

I'm surprised the new MacBook Pros don't have an option for a dedicated GPU.

I'm surprised if anyone seriously believed that to an option....
Score: 12 Votes (Like | Disagree)

Curious how the new M1/Pro/Max will stack up vs the RTX 3080/3090 series. I'm surprised the new MacBook Pros don't have an option for a dedicated GPU.

When it comes to playing certain games only on windows they won't really stack up at all
Score: 8 Votes (Like | Disagree)

Curious how the new M1/Pro/Max will stack up vs the RTX 3080/3090 series. I'm surprised the new MacBook Pros don't have an option for a dedicated GPU.

You're just straight up on the wrong website, friend.

Either lost or trolling.
Score: 5 Votes (Like | Disagree)
Read All Comments