After developers discovered that their apps are not currently able to use 120Hz ProMotion refresh rates for all animations, there was confusion over whether it was a limitation imposed for battery life or a bug. Apple has now provided clarification. 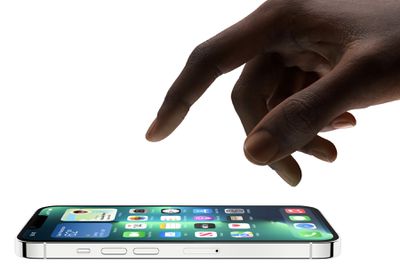 Apple told MacRumors that all third-party apps can take full advantage of 120Hz ProMotion refresh rates, but developers will need to declare that their apps use higher frame rates by adding an entry to their app's plist. Documentation on the required plist entry will be made available to developers soon.

Apple is requiring this opt-in step to provide higher fresh rates only to apps that will benefit from the technology, which will optimize battery life on iPhone 13 Pro and Pro Max devices.

It's worth noting that this opt-in process is designed for apps that need full ProMotion support. Standard UI animations in all third-party apps automatically get the benefits of the the higher and lower frame rates available with ProMotion without developers having to change anything.

There is also a bug that is affecting some animations built using Core Animation that Apple says will be fixed in an upcoming software update.

As developers have discovered, standard UI animations within third-party apps work with ProMotion display technology automatically, and that's true for all apps. Apps that will be able to benefit from the faster frame rates will be able to add that support and will be on par with Apple's own apps.

At the current time, with support limited to standard animations, there can be a noticeable difference between an interaction like scrolling and another interaction like closing a popup. If you're scrolling through Twitter on an ‌iPhone 13 Pro‌ or Pro Max, for example, you'll see the smooth scrolling experience, but the animations that have not yet been updated to 120Hz are limited to 60Hz, and these animations are noticeably less smooth. This problem will be ironed out as developers adopt full support for the ProMotion feature in the future.

ProMotion display technology is designed to provide an adaptive refresh rate ranging from 10Hz to 120Hz. The iPhone's refresh rate shifts based on what's on the screen in order to preserve battery life, as the 120Hz refresh rate eats up battery quicker. If you're looking at a static page on the web for example, the refresh rate will slow down, but it will speed back up as you scroll. ProMotion functionality is available on the ‌iPhone 13 Pro‌, ‌iPhone 13 Pro‌ Max, and iPad Pro models.

Moonlight
For a good laugh, go check out the previous post about this and its comments where everyone freaks out or bashes Apple before they know the facts.
Score: 63 Votes (Like | Disagree)

Enygmatic
So, you mean… this wasn’t some nefarious scheme by ol’ Prayer Hands Tim, cackling in the wind as users were relegated to the unmitigated and “literally unusable” hellscape of sub-120Hz refresh rates? Because the comments earlier SWORE…
Score: 52 Votes (Like | Disagree)

Mosi
Glad to see Apple being proactive on this but you would think this is something they could and should have relayed to Developers once they started accepting iOS 15 apps last week.
Score: 46 Votes (Like | Disagree)

dominiongamma
Okay people were freaking out, issue is settle now that’s it’s up to the developers
Score: 30 Votes (Like | Disagree)

Nermal
There are bound to be apps that blindly assume 60 Hz, which would break if it suddenly changed to 120. Making it opt-in works around that issue, although it would've been nice to provide the details to developers in advance.
Score: 27 Votes (Like | Disagree)

ThisBougieLife
I knew it was a bug.

Like I said. When Apple comes up with a name for a technology, "Retina", "TouchID", "TrueTone", "ProMotion", it means it works the same way on all devices. It wouldn't make sense for "ProMotion" to work differently on the iPad Pro than on the iPhone.
Score: 18 Votes (Like | Disagree)
Read All Comments