Over the last few weeks, an ever-increasing number of Apple users have been frustratingly sharing issues they're experiencing with iTunes Match, Apple's service that allows users to upload songs to iCloud from other sources, such as CDs. 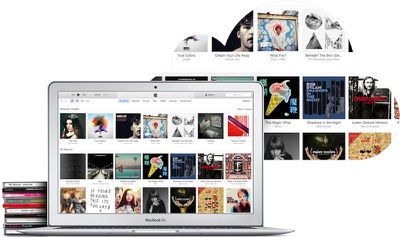 Over the last few weeks, an increasing number of users have taken to Twitter, the Apple Support Forums, and Reddit to note that the service has essentially stopped working. Users reports that iTunes Match is stuck in a constant loop of uploading songs or "Matching your music with songs in the iTunes Store." The issue has become so widespread across Twitter that users have created an "iTunesMatchBroken" hashtag.

A large reason for users' frustration is the silence from Apple on the issue. The Apple Support account on Twitter has only responded to some user reports with vague responses and prompts to send the support team a message. In private conversation, some users were told by Apple Support that there is no ongoing issue with the service and that it's instead an issue with their device, despite the widespread nature of issues.

A few of the reports point to the recent macOS Big Sur 11.5 update as the trigger for the issue; however, users across macOS versions are also sharing their unpleasant experiences.

For the last week, Apple has refused to respond to comment on the situation, including whether the service is in the process of being shut down. If we do hear back from Apple, we'll be sure to let MacRumors readers know.

Update: Apple has updated a support document titled "Subscribe to iTunes Match" with a new notice for users, saying that "It might take some time for iTunes Match to upload your music from your Mac or PC." This seemingly means that for all iTunes Match users facing issues with the service, Apple advises to simply be patient.

Apple Knowledge Navigator
iTunes Match members, gather round... We are a rare (but distinguished) breed.
Score: 28 Votes (Like | Disagree)

dantracht
Can vouch for this. Has been happening for over a week now, albums won't update, and I've been using iTunes Match for years. Beyond frustrating
Score: 19 Votes (Like | Disagree)

NightFox
Shouldn't the title be "Frustratedly" rather than "Frustratingly"? Or is this written from Apple's point of view :)
Score: 17 Votes (Like | Disagree)

blacktape242
yah, what else is new. A lot of times it just doesnt work, been like this for a long time.
Score: 16 Votes (Like | Disagree)

This is not correct. The matching that you get with Apple Music is different, it applies DRM to the unmatched files when it uploads them. iTunes Match will just upload your original files.

I know this because I was relying on Apple Music to sync my tracks that it couldn't match. It worked fine for a while then suddenly stopped working for all my uploaded music. After talking to various folks at Apple it was decided that the DRM must have gone wrong somehow and the only resolution was to delete and re-match all my music again.

I haven't got around to that yet and have been considering moving to iTunes Match to avoid the application of the DRM to my uploaded music.

Update: The DRM thing is no longer true! Thanks to some replies for correcting me. I just uploaded some music and it downloaded as a mp3 rather than a DRM m4a. That's great news!
Score: 14 Votes (Like | Disagree)

lazyrighteye
Over the past few WEEKS users are frustrated?!?

Back when Match launched, I uploaded my massive, meticulously curated library, with months of live recordings and Match completely hosed my Library. Still hosed today - however many years later (when did Match launch?).

Ex: I’ve recorded a lot of live performances over the years from taper-friendly bands like Phish. With Match, 60% of a show plays the files I recorded. The other 40%, Match decided to replace the live recorded file with a studio version of the same song without any kind of notice or apparent way to fix. Makes for an awful listening experience. Has been the biggest nightmare of my near 30-year Apple journey. Just, forever broken. Been a while since I thought about it. Grrr.