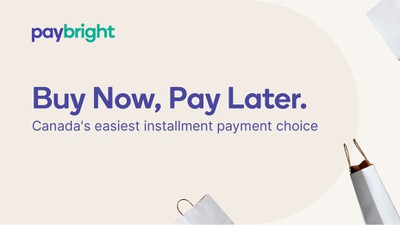 PayBright, which is owned by Affirm, offers payment plans that are designed to break the cost of a purchase down into biweekly or monthly installments. PayBright already works with a number of companies in Canada including WayFair, Sephora, Samsung, eBay, Dyson, and more. "Shop now, and pay over time at your favorite stores," reads the company's website.

Canadian customers will be able to purchase iPhones, Macs, and iPhones, and pay for purchases over the course of 12 to 24 months instead of paying up front. The program will work with device trade-ins that can serve as a down payment, and AppleCare can be included in the installment plan. As a launch bonus, the new installment option will be offered interest-free for a limited time.

Apple and PayBright will debut the payment program online and in retail stores in Canada starting on August 11. Retail employees have already been informed about the initiative, according to a note sent to staff that was seen by Bloomberg. Some customers visiting Apple want to buy now and pay later. Now, they have a new option that lets them pay over time for their favorite Apple products," reads the letter.

Apple already offers installment payment plans for device purchases made with the Apple Card in the United States, but a similar program has not been available in Canada.

Last month, Bloomberg reported that Apple is working on an "Apple Pay Later" feature that will allow customers to make Apple Pay purchases with monthly installments, a program that will be separate from the new buy now, pay later initiative launching in Canada.

Apple will partner with Goldman Sachs for the ‌Apple Pay‌ Later feature, and installment payment options will be available for all ‌Apple Pay‌ purchases and will not be limited to Apple products.

Those aren't the only customers who use BNPL services.

For example, if I was planning to buy a 256GB iPhone 12 Pro Max for my wife and I, that's C$1689 x 2. I can easily afford the C$3378, but why pay the full C$3378 upfront when it'd be financially smarter to use their Pay-in-4 payment option or make monthly interest free payments and then invest the rest?
Score: 13 Votes (Like | Disagree)

Pearple
Also known as: "Spend the money that You don't possess."
Score: 8 Votes (Like | Disagree)

Hmm ? guess people not being able to pay rent has hurt Apple, so let’s over high interest financing and payment plans for a 1000 dollar device that does the same thing as a 200 dollar Android.

Apple is a disappointment

I’m paying for my new iPad Pro over time using my Apple Card. No interest involved. Same with the iPhone upgrade program. Why not pay something off over time with what’s essentially a no interest loan?
Score: 7 Votes (Like | Disagree)

Deguello
“As a launch bonus, the new installment option will be offered interest-free for a limited time.”

Just because you can afford to pay for it now doesn’t mean you should.
Score: 5 Votes (Like | Disagree)

that being said if LEGO does that I'm screwed...
Score: 5 Votes (Like | Disagree)

And be prepared after interest to pay 3x the total price…all because you cannot control your impulses
Score: 5 Votes (Like | Disagree)
Read All Comments

Friday September 17, 2021 6:30 am PDT by Joe Rossignol
Coinciding with the start of iPhone 13 and iPhone 13 Pro pre-orders, Apple today started offering 0% financing for an extended 24 months on new iPhone purchases in Canada through financing partner PayBright, up from six months previously. For example, customers with approved credit can now pay for the iPhone 13 Pro with 128GB of storage for 24 equal monthly payments of $58.29, with zero...
Read Full Article • 31 comments

Wednesday September 8, 2021 4:25 am PDT by Tim Hardwick
Dutch bank de Volksbank has said it is bringing Apple Pay support to all its customers soon, including those of its subsidiary banks, reports iCulture. De Volksbank is the parent company of SNS, ASN Bank, and RegioBank, all of which operate in the Netherlands. "Apple Pay will be made possible for the customers of SNS, ASN Bank and RegioBank," a De Volksbank spokesperson told iCulture, adding ...
Read Full Article • 39 comments

Thursday August 19, 2021 5:13 pm PDT by Juli Clover
Apple today sent out emails letting Apple Pay users know about its latest promotion, which offers $2 off any footlong sub from Subway when using Apple Pay and the Subway app to make the purchase. To get the deal, customers will need to use the promo code APPLEPAY when checking out. The $2 discount is available through August 25, and it is applicable in participating U.S. restaurants only....
Read Full Article • 59 comments