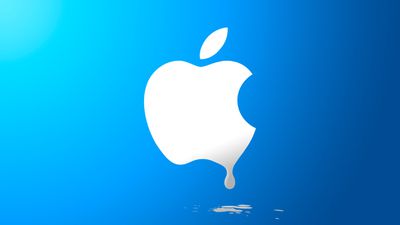 Vice today highlighted that, in an extensive letter sent to a leaker based in China, Apple warned that leaks could give third-party accessory makers the wrong dimensions and details about unreleased products. It has emerged over the past month that June saw a concerted effort by Apple to curtail information coming from a range of individual leakers outside the United States using cease and desist letters.

Despite being sent by various local law firms representing Apple around the world, the letters appear to have featured identical content. An extract of one of the letters, seen by MacRumors, reads:

The statement is an unusual admission from Apple that some case and accessory makers rush to prepare accessories for new Apple products long before their release based on leaked information. Even if initial dimensions and information that come out as a result of leaks are accurate at that time, Apple may make changes to designs that make accessories ineffective or obsolete by the time of the product's official release.

Apple appears to suggest that ill-fitting accessories harm its brand in the eyes of customers, which apparently proves the commercially sensitive nature of information about unreleased products and the company regards leaks to be "illegal disclosure of Apple's trade secrets." The letter also implied that keeping details about unreleased products secret also has "potential commercial value" for third parties.

As well as misinforming third-party accessory manufacturers, Apple also highlighted the fact that customers may be directly let down by leaks about "rumored" or "unreleased" products.

Apple has made every effort to take strict measures to maintain confidentiality for any information about Apple's products before their official release to ensure that every time Apple releases a new product, it can surprise the public. The secret of Apple's latest technological innovation is an important part of the company DNA.

The implication here is that leaked information may negatively affect customers' expectations, but also that secrecy is a key attribute of Apple's brand itself, so leaks are in turn commercially damaging to the company's image.

The leakers known as "Kang" and "Mr. White" are believed to have been impacted by Apple's recent letters, as well as the render "CConceptCreator," but it is not clear how widespread last month's attempt to silence leakers around the world was.

MR isn’t the only one reporting these leaks. CNN, NYT, etc. also run the stories. It’s just that MR curates it and often reports early. So when big influencers pick up on the story it’s often MR the cite.
Score: 11 Votes (Like | Disagree)

jk1221
Oh puhlease. Accessory makers make MILLIONS off having their products out first upon launch. Anyone who wants a case for a new device wants it right away to protect it day 1. The first days/week of sales are surely MASSIVE. Even if they have to tweak them due to incorrect leaks and take some loss right away (and why packages don't match the phone name sometimes)

I'd love to see the numbers from big case makers. They are surely making MILLIONS by having their cases ready on launch day.

But yes, the poor misled case makers :rolleyes: Just like "Won't someone please think about the children!"

If that is the case then you can also argue that only Apple having 1st party cases available on launch day is an unfair competitive advantage since no one else can have theirs ready to compete then. And a huge chunk of the sales will be that first few days/week or so that no one can capture but Apple
Score: 9 Votes (Like | Disagree)

I guess Apple have had enough of people not buying the latest device because it's missing some feature the leakers said was definitely coming, e.g. smaller notch, 120Hz displays on iPhone, etc.

BulkSlash
I guess Apple have had enough of people not buying the latest device because it's missing some feature the leakers said was definitely coming, e.g. smaller notch, 120Hz displays on iPhone, etc.
Score: 8 Votes (Like | Disagree)

That is horrendous writing, especially coming from a lawyer. Damn.
Score: 7 Votes (Like | Disagree)
Read All Comments