Apple has opened orders for its Beats Studio Buds on the other side of the Atlantic, with the wireless earbuds now available in several European countries including France, Germany, Spain, Italy, and the United Kingdom. Additional retailers like Amazon and John Lewis are also selling them. 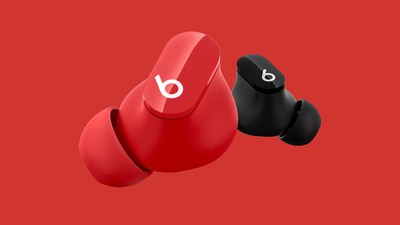 While the Beats Studio Buds support one-touch pairing for both Apple and Android devices via Bluetooth, they don't include Apple's H1 or W1 chip, so they're missing some AirPods features like automatic switching between Apple devices.

Other key features of the Beats Studio Buds include up to five hours of listening time per charge with active noise cancellation turned on, hands-free "Hey Siri" support, IPX4-rated sweat and water resistance, Find My support, and a USB-C charging case.

To learn more about the Beats Studio Buds, make sure to read our in-depth hands-on review.

aknabi
Beats has been a complete nightmare for me (and my local Apple Store)... based on my experience my "theory" int that the Apple audio team grabbed all the top talent from Beats, leaving the Beats team with the bozos they for some reason couldn't get rid of... my history (note I purchase Beats for working out... weights at gym and 5-20km runs):

PowerBeats 2: Went through 6 pairs in 8 months... after pair 6 the Apple Store (with folks I grew to know with these visits) said "you're just too serious about working out" and exchanged for a pair of Boses (which my wife uses to this day)... "too serious"? So I guess LeBron is doing wimpy workouts?

PowerBeats Pro: 1st pair died after 2 months... current pair has always had charging problems (you put them in, gives feedback it's charging, but when you take them out one side is empty)... also getting both sides to pair take 2-10 times of putting them in and out of the case (every blue moon they pair the first time)... so that adds a few minutes to the pre-run prep... Apple support answer is to do a hard reset (which sometimes sorts it out for a day or two)...

It's odd as my AirPods Pro and AirPods Max have none of these issues (and should be using the same connectivity solution).

Net: If you purchase Beats for working out ensure you keep a spare pair in your bag to ensure you'll have a set that's charged and working... (I keep my Jabras which pair much better than the PB Pros... but don't sound quite as good)...

I just hope Apple comes out with a AirPods Sport.
Score: 2 Votes (Like | Disagree)

What about them? lol ?
Score: 1 Votes (Like | Disagree)
Read All Comments

Thursday July 8, 2021 11:27 am PDT by Juli Clover
Apple in June unveiled new Beats Studio Buds, which are $149 noise cancelling earbuds that are stemless and smaller than the AirPods and AirPods Pro. There are some key differences between the AirPods Pro and the Beats Studio Buds that make them unique for different use cases, so we thought we'd compare them in our latest YouTube video. Subscribe to the MacRumors YouTube channel for more ...
Read Full Article • 57 comments

Wednesday June 9, 2021 11:05 am PDT by Juli Clover
Additional signs of the Beats Studio Buds are continuing to pop up ahead of their release, with new images and details found in a Taiwan's NCC (National Communications Commission) database. We've already seen multiple pictures of the Beats Studio Buds, which feature a wire-free in-ear stemless design that sets them apart from prior Beats headphones and the AirPods. The database photos give...
Read Full Article • 38 comments

Monday May 24, 2021 7:40 am PDT by Sami Fathi
Apple has filed the unreleased "Beats Studio Buds" in the FCC or Federal Communications Commission database under model numbers A2512 and A2513. The new filings come after the reveal of the new earbuds last week within the release candidates for iOS and tvOS 14.6. The new earbuds feature a smaller design with no stem, much in line with what we're expecting to be a similar design language for ...
Read Full Article • 28 comments